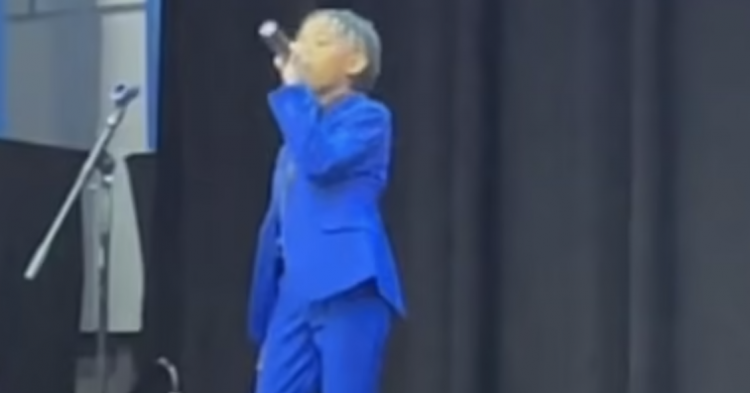 A ten-year-old boy from Shreveport, Louisiana, has taken the world by storm after he took the stage at the ArtBreak talent show and performed Sam Cooke’s 1963 hit, A Change Is Gonna Come. The boy, Jordan Hollins, blew away the audience and the world after a video of his performance went viral on the Chinese-created video-sharing app, TikTok. Hollins, who is currently a fifth grader, won first place at the talent show and captured the attention of people on TikTok the world over due to his incredible rendition of the classic song.

Since Jordan’s performance was captured on video for TikTok, it has amassed more than nine million views and counting. People from all over the world are falling in love with the young Louisiana singer’s voice as he melts hearts from his hometown talent show performance. 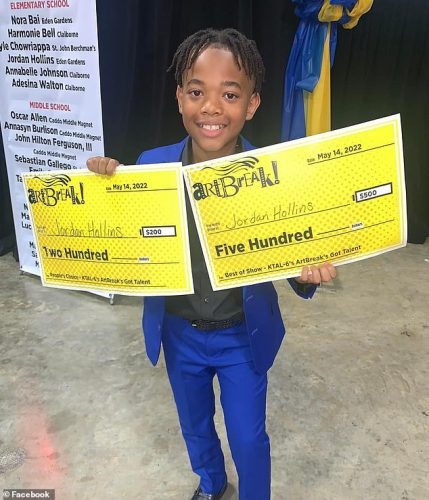 Jordan’s mother, Lauren, posted the full clip of her son singing Cooke’s soulful song about the obstacles and hopes of a Black person stuck in the United States of America. According to his biography, Jordan began singing when he was just six years old and had a natural talent for the art form. The TikTok video has helped the boy gain international attention. 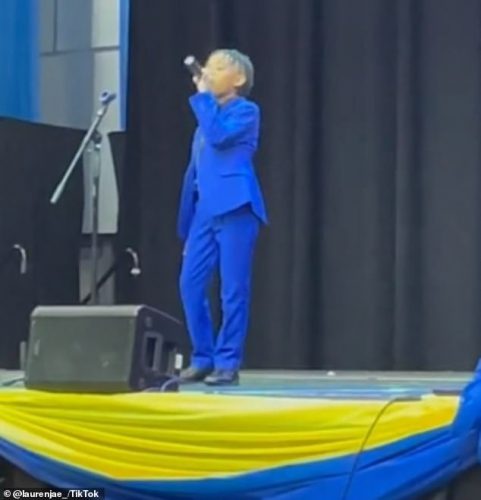 Jordan decided to sing A Change Is Gonna Come because his “Papa” told him the story about how the song was inspired by true events in Cooke’s life, including how he and a group of people were turned away from a white-only motel in Louisiana. When Jordan’s Papa told him that story as an eight-year-old boy, the young singer fell in love with Cooke’s hit song and knew that he wanted to sing it for the world one day. Now, he has done just that and is making a name for himself as a singing sensation.

During the talent show, Jordan admitted that he was “a little nervous” before getting up on stage. However, the ten-year-old boy has such a natural talent that his singing abilities are truly undeniable. He added that he felt “comfortable” as soon as he stepped off the stage and knew that he had delivered another wonderful performance for his audience. 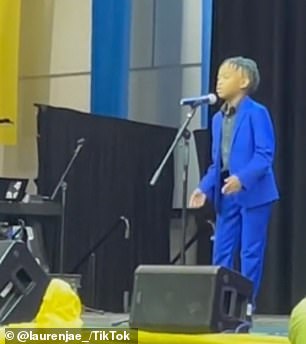 After Jordan skyrocketed to fame due to the TikTok video, he was asked to appear on ABC’s The View. According to Daily Mail, Jordan got to perform a special Juneteenth show with gospel singer Kirk Franklin. He was also on stage with the Maverick City Music Group.

Now, Jordan Hollins hopes to appear on America’s Got Talent in an upcoming season. He also had words of inspiration for other young singers and artists looking to make their mark on the world.

“If you keep on trying, you can go far,” he told a local news agency. 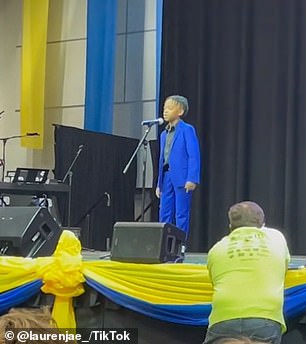 Meanwhile, social media users are excited about Jordan and his voice.

“This is like one of those videos in a documentary about a famous singer from before they get famous,” said one user.

Another person added: “The best voice I’ve ever heard.”

“I keep coming back to this, the experience of the chills. He is GIVING in every aspect, the voice, the outfit, and everything, yes king!!!!” wrote another fan.

What do you think about Jordan Hollins’s singing talent?