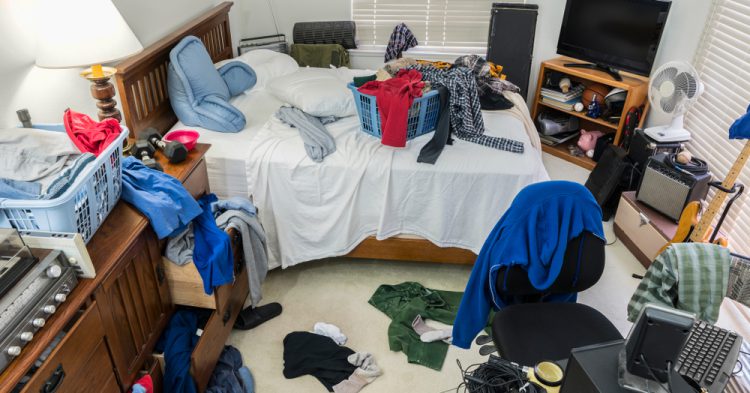 Moms and dads often have to deal with messy children. No matter how much they urge their children to clean up after themselves, teenagers just have a way about them of leaving everything they touch a mess and out of order. However, one expert, Neuroscientist Dr. Dean Burnett, now urges parents not to tell their teens to clean up their room or that they treat their home “like a hotel” because it risks alienating the teen and making them feel like they’re not as much a part of the family.

The expert, who is also the author of the book entitled Why Your Parents Are Driving You Up the Wall and What To Do About It, believes that parents need to be more accommodating to their teen children because they’re still growing and need more than adults. According to the expert, certain phrases like “why do you treat this place like a hotel?” and “How was school today?” are very bad for teenage children and risk alienating them from the parent-child relationship.

While delivering a lecture at the Royal Institution in London, Dr. Burnett said: “Instead of asking why they treat the house like a hotel, parents might want to bargain and offer them something in return if they tidy their room.”

For example, the common question “how was school today?” can be very triggering for teenagers since school is a stressful situation for many. Instead, he offered an alternative for parents claiming that the simple question, “How are you?” is a much better approach that won’t put the teenager out.

Dr. Burnett added: “Harry Enfield’s teenage sketch character Kevin is the stereotype of a grumpy adolescent for many parents. But look at him more closely, and you can see all the hallmarks of serious sleep deprivation, from grumpiness and a short temper to lack of focus.”

The expert also believes that parents should stop nagging their children about cleaning up their rooms and instead try to be more understanding. He said: “It’s not just Kevin. Most teenagers are chronically sleep-deprived, to the point where it’s now considered a major public health concern in many countries. And it’s not just because they’re staying up all night on social media or playing video games.”

So if you’re a parent who is constantly dealing with a messy teenager, maybe it’s time to take a step back and try a different approach. After all, your teen is still growing and changing, and they need your support more than ever.

Do you have a story about your teenager that you’d like to share? We’d love to hear from you! Also, what do you think of the expert’s advice?