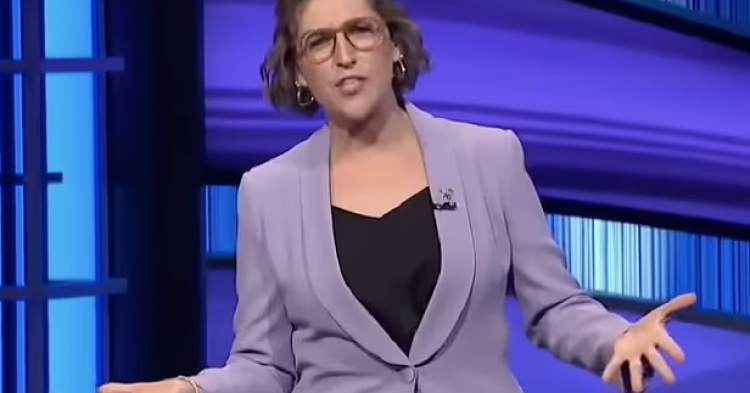 Last year, killer Brian Laundrie, 23, murdered his beautiful fiancé Gabby Petito, 22, during a cross-country road trip the pair were taking in a van. People learned about the murder through a popular podcast that exposed Laundrie’s horrible meanness and violence to thousands of eager listeners. Now, during an episode of Celebrity Jeopardy, the gameshow decided to pay tribute to Laundrie by creating a clue about Gabby Petito’s killer.

Laundrie strangled Petito to death in a violent crime that intrigued much of America. However, Jeopardy fans were shocked that the show decided to air a clue about Laundrie calling the incident both “tasteless” and “insensitive” given that the killing had happened so recently and that Laundrie was a violent man with a bad temper who killed a person who was vulnerable. 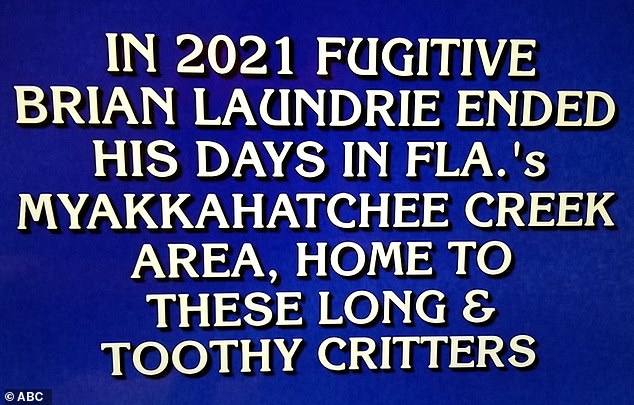 The clue in question was part of a category that revolved around the letter “A.” See if you can come up with the correct solution to the Brian Laundrie Celebrity Jeopardy clue: “In 2021, fugitive Brian Laundrie ended his days in Fla’s Myakkahatchee Creek area, home to these long & toothy critters.” 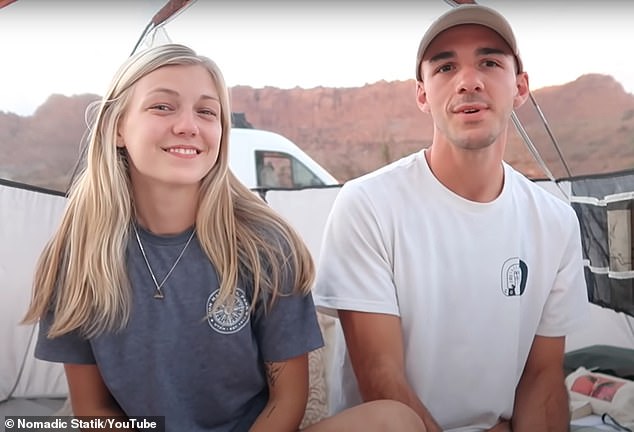 The correct answer to the Jeopardy clue was “What are alligators?” While many viewers at home were able to solve the clue, many more were outraged that Jeopardy had included the clue in the gameshow in the first place since Petito’s murder was so vile and reprehensible.

Laundrie confessed to killing Petito in a written confession that he left in a notebook before he ended his own life in what some people are saying was a grace of God. He killed himself a little more than a year ago. The pair had been taking a road trip across the United States but were having relationship troubles throughout the entire trip and Laundrie had gotten violent on several occasions ultimately resulting in the young woman’s murder.

Jeopardy fans were appalled that the gameshow gave any credence to Laundrie after what he did to make his name famous.

“Jeopardy! just had the most absurd question I have ever seen in my life.”

“This is the most tasteless and insensitive answer I’ve ever seen on any Jeopardy! What the h— were they thinking? Making light of that tragic situation is repugnant. Damn,” wrote another upset Jeopardy fan.

“What the f—, Jeopardy! A Brian Laundrie question? Tasteless.”

“That Jeopardy! question mentioning Brian Laundrie and the answer was alligators?? What the actual h—, that was so…out of line. Not necessary! There was no reason to mention him at all,” wrote another upset fan of the game show.

“Have you no soul? I can’t believe this question got past your lawyers,” wrote a fan in utter disbelief.

The Celebrity Jeopardy episode was hosted by controversial celebrity Mayim Bialik who previously hosted Jeopardy after the death of Alex Trebek in 2020. The episode with the Brian Laundrie question included contestants John Michael Higgins, Wil Wheaton, and Joel Kim Booster. Wheaton appeared in Star Trek: The New Generation and was the night’s ultimate winner.