FedEx Driver Robbed During Delivery Shoots Back And Kills Robber 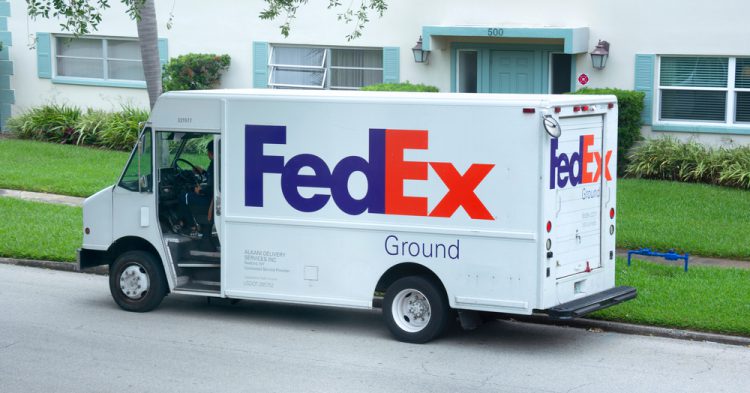 A FedEx driver working in Philadelphia came under fire from an armed robber. The incident happened while the delivery worker was delivering a package. The robber shot the employee. As it turned out, the worker was licensed to carry a firearm and managed to return fire on the robber, killing him. Now authorities are investigating the shooting to see whether the FedEx driver acted in self-defense or if the shooting could have been avoided.

The delivery worker was delivering a package to a property on the 600 block of Unruh Avenue in Philadelphia. Philadelphia Police Department Capt. Jason Smith said that the 32-year-old driver was approached by the robber who stole his wallet and keys before shooting the FedEx employee. Because the driver was armed, he brandished his firearm and returned fire on the 27-year-old suspect, Jevan Lundy, fatally wounding him.

According to reports, Lundy has a long criminal history which includes drug offenses and theft. The FedEx driver is in critical condition after taking two bullets to his lower back, but he’s expected to survive the ordeal.

Police are still investigating whether or not Lundy had an accomplice with him during the robbery and if so, they would like to question that person since they managed to escape the scene. So far, authorities believe Lundy and another man approached the FedEx truck driver as he was delivering a package to property on Unruh Avenue in Philadelphia’s Tacony neighborhood. The two men then demanded that he hand over his wallet and keys.

The driver was reportedly carrying a gun for self-protection, which he pulled out during the robbery attempt to defend himself against Lundy and his accomplice. The armed robber opened fire on the FedEx worker, who then returned fire at him, fatally wounding him before calling 911 dispatchers, with police officers arriving shortly after that.

After the shooting, Lundy was found by police on the 1400 block of Creston Street. He was unresponsive because of the gunshot wounds. Paramedics rushed him to the Einstein Medical Center, but he was declared dead shortly after arriving at the facility.

Authorities also said that this incident was not a random crime and was not connected to any other robberies or shootings in the area.

“He is speaking to us, of course not portraying that he had any involvement with this robbery,” stated Smith.

Now authorities are investigating the shooting to see whether the FedEx driver acted in self-defense or if the shooting could have been avoided. The evidence gathered from this incident will be presented before a grand jury for their review on whether charges should be filed against him. The driver had a legally registered 9mm handgun and a permit to have it with him in the truck.

“Based on the preliminary story that was relayed, it appears to be self-defense: he was shot first. He fired back,” Acting Police Commissioner Christine Coulter said.