FedEx Driver Sees Woman Taking Trash Out, But Knows Something Is Wrong As Soon As She Speaks : AWM

FedEx Driver Sees Woman Taking Trash Out, But Knows Something Is Wrong As Soon As She Speaks 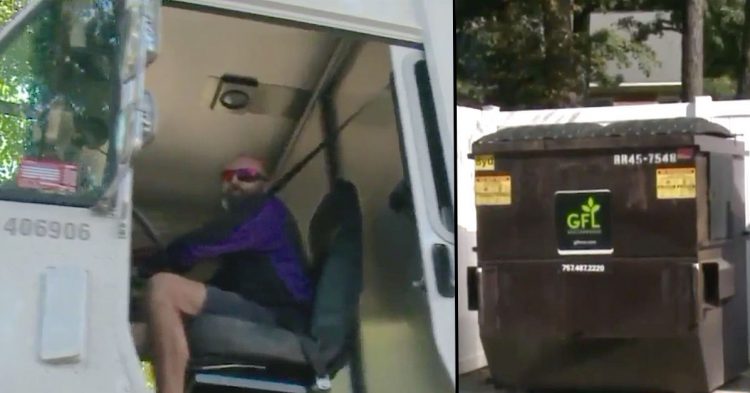 While taking the trash out of her apartment home in Virginia, Nancy Mitchell suddenly felt a strange sensation seize in her body. She experienced a bizarre tightening in her chest, and a sudden sense of dread overtook her mind. She was simply trying to take the garbage out to the dumpster and had other things to do and places to be – she didn’t have time for whatever was happening inside her body.

Unfortunately, Nancy didn’t have a choice. She suddenly felt like she couldn’t breathe. Her world suffocated in around her. It came on so suddenly, and she found herself gasping for air as she struggled to get back to her apartment as quickly as possible.

“I took some boxes down to the dumpster, and all of a sudden I couldn’t breathe,” Mitchell recalled. “I was gasping for air, and I could barely walk.”

However, she suddenly realized that her legs could not move. Oxygen was not making its way into her blood. Her body was failing her. And that’s when Nancy’s could confirm for herself exactly what was happening – she was experiencing a devastating asthma attack.

While Nancy knew that she was prone to asthma attacks, she was not prepared to have one at this moment. Her life-saving inhaler was upstairs in her apartment. Without the ability to bring enough oxygen into her body, her apartment felt as far away as China is from Virginia. There was no way she was going to be able to get back to her apartment. Not in the condition she was in. She collapsed to the ground next to the dumpster and focused on her breathing, trying to stabilize it so she wouldn’t die.

“I was huffing and puffing, and I wouldn’t have made it. I got to my front area here and just collapsed,” she said.

The last time Nancy had an asthma attack, she spent time in the intensive care unit.

Thankfully, an unlikely hero was not far away. FedEx delivery driver, Joshua Gibson, a staple in the community, happened to be on his route when he was near Nancy and saw her collapse. While delivering boxes to her apartment complex, he was close enough to realize that Nancy was in desperate need. He thought she said “hi” to him, but he knew better than to continue on his way. He stopped to help her, and, at that moment, he went from being a FedEx driver to being a hero.

“I saw her, and she looked like she was in a lot of pain,” Gibson said.

He took her to the hospital and saved her life.

Although it has been some time since the incident, Gibson still checks on Nancy every once in a while. He even left a note on her door to make sure she was all right.

“I wouldn’t have survived,” Mitchell said. “So, I’m very grateful for him, and I don’t want to cry.”

Because of him, she was able to breathe another day.