Fifth Grader Given Severe Punishment For Calling His Teacher Ma’am 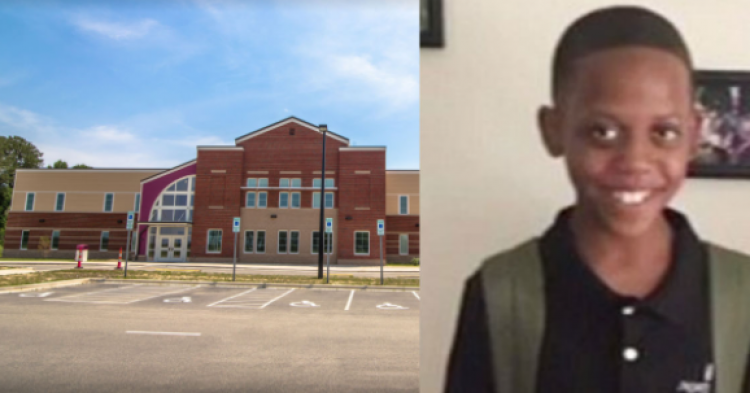 Tamarion Wilson was always taught to be respectful of his elders and people in positions of authority. He was taught how to show respect for police officers as well as other authority figures like teachers and the clergy. Teachers are important people to respect because they’re crucial to a child’s development and future success in life. And while Wilson thought he was showing his teacher respect by referring to her as “Ma’am,” he learned the hard way that not everyone likes the antiquated term.

During his class at the North East Carolina Preparatory School located in Tarboro, North Carolina, Wilson referred to his teacher as ma’am and was punished for it. Apparently, the teacher had already asked her students not to refer to her as “ma’am,” which was why she decided to punish Wilson for using the respectful term. 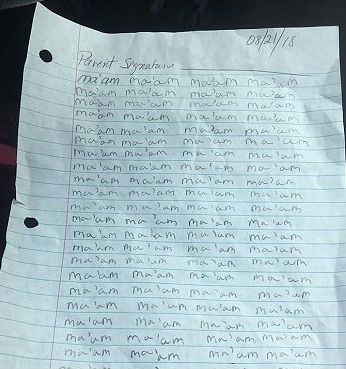 The teacher decided to punish Wilson by forcing him to write the word “Ma’am” dozens of times on a sheet of paper. He did what he was told and then presented the paper to his mother to get her signature. When his mom, Teretha Wilson, realized that her son was being punished for referring to his teacher as “ma’am,” she could not believe it. She spoke to ABC 11 about her son’s punishment and how it seemed totally out of line.

Teretha Wilson said, “He said he got in trouble for saying ‘yes ma’am.’”

Although the teacher didn’t like it when the boy called her “ma’am,” Teretha explained that the boy was just following the student handbook.

The boy’s mother added, “It is in the student/teacher handbook that you must address teachers as ‘ma’am.”

All of this was likely done either out of spite or because the teacher did not like having a child refer to her with such respect and dignity. But regardless of why she punished Wilson for calling his teacher ma’am, the punishment was completely unjustified.

Teretha Wilson later took her son to school officials in order for them to see that she did not appreciate what happened with her child and the disrespectful way in which he had been punished. She said, “I want something done about it because I do feel like, you know, as a parent and as a student, who’s supposed to go to school to learn – I don’t feel like my son should be punished for respecting his teacher.”

Unfortunately, the officials had no sympathy or compassion for what happened with Wilson, and they told him that his teacher was being supported in this.

As far as the school is concerned, they maintain that Wilson will still have to write “ma’am” over and over again because he was breaking their rules by not addressing his teacher properly. The ironic part about this situation is that in order for children at North East Carolina Preparatory School to succeed, they must show proper respect to their teachers. And while it’s true that Wilson did break a rule by not properly addressing his teacher with the term “ma’am,” this was really an issue of authority and who has control over what happens in our schools today.