Former IHOP Employee Shares A Secret From Their Kitchen They Didn’t Want Public. 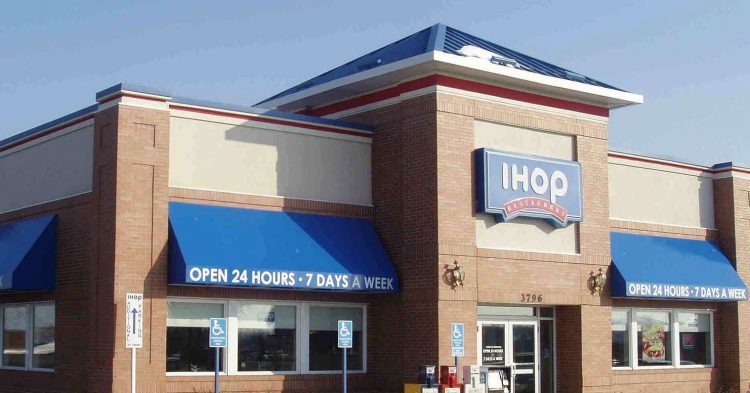 Thousands of TikTok users have been asking the same question. Are the eggs served at IHOP restaurants real or not? Because one IHOP employee turned to the Chinese-created social media platform to talk about the chain’s eggs, now countless people are chatting about whether or not the employee was telling a dark secret or a bald-faced lie. The alleged employee of the diner chain, user Christian.Grossi, who refers to himself as Grossi on the social media app, turned the camera upon himself to share a “little known” thing about IHOP when he revealed that the eggs are not what you think they are.

According to Grossi’s video, he worked as an IHOP server for some time, which was when he acquired the chain’s “dark secret.” Although he “loved” working as a server at the diner, he was shocked to learn about the way the chain serves eggs during one of his basic training programs.

Grossi claims that IHOP often serves fake eggs. He explained that while he was being taught how to use the chain’s computer system, his manager showed him the button for “real eggs” as well as the one for the not-so-real variety.

This was when Grossi shared the shocking dark secret of the diner chain. His manager told him that the chain serves its scrambled eggs and omelets with a “packaged bag egg substitute” instead of the real deal.

The “real eggs” are used only for other items like fried eggs or eggs served over-easy, which are much harder to “fake” than a scramble or omelet.

The video promptly went viral. Now thousands of people have shared comments about how they wished Grossi had never said anything about the chain’s eggs in the first place.

“I feel so betrayed,” one user wrote.

“Thanks for ruining my favorite restaurant,” another added.

However, not everyone was shocked by the IHOP secret. Additionally, some people who also worked at the chain restaurant before confirmed that they’d experienced the same thing when working at their IHOP location.

“I worked at IHOP, and he’s telling the truth,” one user commented.

“I told everybody after I quit,” another wrote.

Although Grossi was able to create a viral video sharing the dark IHOP egg secret, there have been reports of IHOP’s sneaky practices for some time now. There are threads on Reddit dedicated to IHOP serving fake eggs, as well as a petition started on Change.org that has received dozens of signatures. It states:

“I think what they are doing is purely false advertisement. Misleading customers to believe they are ordering eggs when really they are not. I just want everyone to know the truth and be given an option a choice on what they are eating. I would have never ordered liquid eggs or whatever this egg mixture really is…… If we get enough signatures, we can force  IHOP to tell customers up front that they must inform you that you are not ordering real eggs, and if you want real eggs, you have to ask for them.”

What do you think about IHOP’s dark secret?