Former NFL Legend Weighs In On The National Anthem Protests 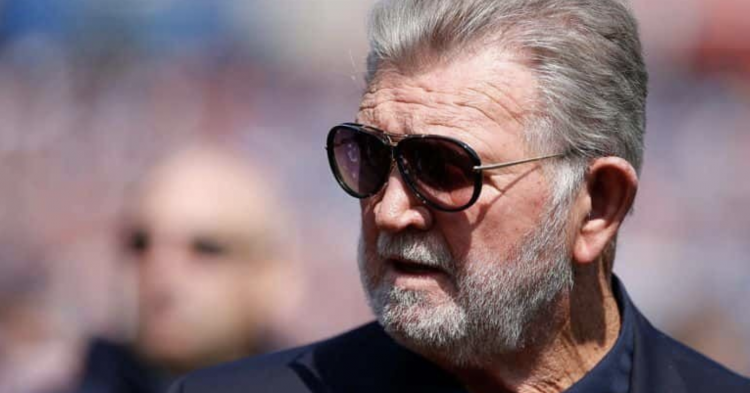 Now that more NFL players (and other professional athletes) are ready to take a knee in support of Black Lives Matter, Hall of Fame coach Mike Ditka wants the protestors to get out of the country. The famous NFL personality has been loudly against players and coaches kneeling during the anthem in protest of police brutality because he doesn’t want to see anyone “protest against the flag.”

Now, Ditka has come forward to tell players and coaches who decided to take a knee during the pregame national anthem to “get the hell out of the country.” He has been a critic and opponent of the Black Lives Matter movement after former National Football League (NFL) quarterback Colin Kaepernick began taking a knee in 2016 during the national anthem to raise awareness around police brutality and racial inequality in the United States.

Although a lot has changed since 2016 and the video of George Floyd being choked to death by a white police officer in Minneapolis sparked outrage across the country, Ditka stands firms in his All Lives Matter views. When TMZ approached him for a comment on Sunday, he was glad to oblige the tabloid reporter, stating:

“If you can’t respect our national anthem, get the hell out of the country,” ABC7 reports.

Ditka has been largely criticized for his views because he relied on Black players throughout his career to achieve the level of fame and notoriety he now has.

Back in 2017, Ditka had about the same view as he does now. In a report with NBC News, he said: “I don’t care who you are, how much money you make. If you don’t respect our country, then you shouldn’t be in this country playing football…So I would say, adios.”

In the NBC News interview, he added, “There has been no oppression in the last 100 years that I know of”.

Critics have turned to Twitter and other social media platforms to denounce Ditka’s view in light of what has recently happened with the coronavirus pandemic and the murder of George Floyd.

“Dear Mike Ditka,” tweeted John Pavlovitz. “I’d consider leaving America. Unfortunately, Donald Trump has so badly botched this pandemic that we can’t leave, and no countries would have us even if we could. Instead, I’ll stay, and I’ll oppose thick-headed people who conflate racism with patriotism.”

Another Twitter user, who happens to be a Marine, wrote: “Dear Mike Ditka: I’m a US Marine who served this Nation with his life. Yet I’ve NEVER felt it my place to tell anyone to ‘get the hell out of the country.’ Let that sink in. PS: Athletes kneel to raise awareness of racial injustice. And you’re exactly one of the reasons why.”

What do you think about Ditka’s statements?