Grandma Decided To Punish A Toddler By Dipping Her Feet In Boiling Water : AWM 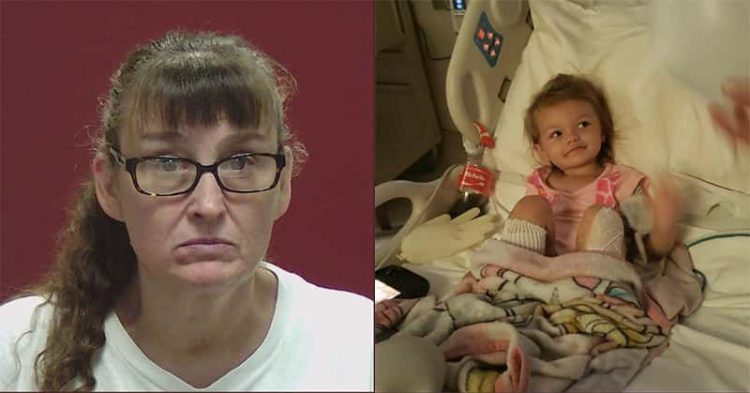 One grandmother relied on harsh punishments while raising her children. That’s why when she was asked to look after her grandchild, she decided that she’d return to the Good Old Days when she was able to administer punishments “that actually worked.” However, when grandma decided to dip her two-year-old grandchild’s feet into boiling water, she may have caused a lot more damage than she ever thought possible – and now the baby might lose both her feet because of the medieval-style torture trick.

Because the baby girl was “having a bad day,” grandmother Jennifer Vaughn has admitted that she intentionally dunked the child’s feet in boiling water. Because Vaught abused Kaylee Robinson while she was babysitting the toddler, the little girl might have to have her feet amputated in order to prevent dangerous infections. 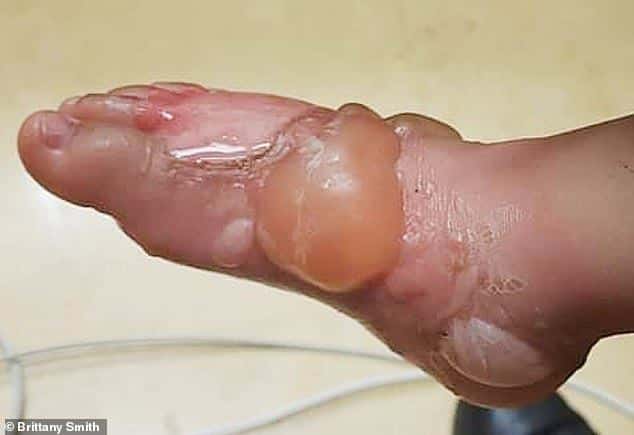 On the day of the abuse, Vaughn had been watching toddler Kaylee at her home in Chattanooga, Tennessee. Because the little girl was acting up, the grandmother decided to teach her a lesson she’d never forget – by forcing the baby’s feet into boiling water as punishment.

Now that Vaughn has been arrested for abusing the baby, Brittany Smith is talking to news sources on behalf of the bad grandma. Smith told ABC 2 that Vaughn admitted that she burned the baby’s feet because she was “having a bad day.”

Smith has since shared photos of what Vaughn did to baby Kaylee. Because the abuses were so severe and life-threatening, Kaylee was rushed to the hospital and later taken to a burn center in Georgia.

Detective Rocky Potter of the Rhea County Sheriff’s Department is investigating the incident and admits that things don’t look good for Vaughn. He said the burns that the toddler suffered at the hands of her cruel grandmother are the worst he has ever seen in his career.

“When I saw (the pictures of the burns), it was just, it was the worst scald burns I’d ever seen,” he told ABC 2.

The hospital referred to her burns as “sock burns” because the burns are in the shape of socks. That will make it very hard for the baby to walk again since the grandmother basically took her feet away from her. And if they have to be amputated, she would have taken them from her entirely. 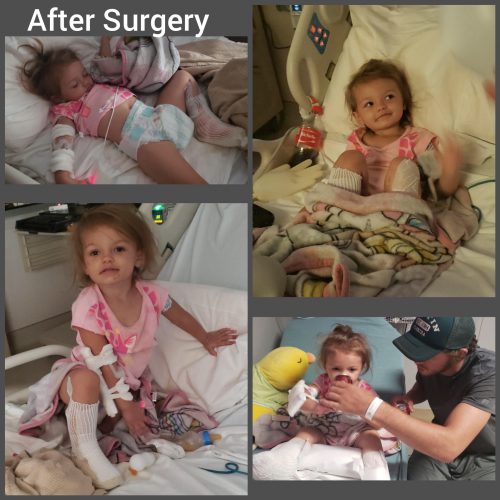 Potter added, “This ranks right up there with one of the worst ones I have seen.”

The investigation has determined that Vaughn used the boiling water treatment to punish the baby.

Smith told Metro U.S. that skin grafts might not take to her daughter’s feet because the burns were so bad.

“It’s terrible. It’s just so stressful. Kaylee has had two operations so far, but they haven’t worked. The skin is not really repairing itself in the way the doctors hoped it would. Kaylee is in a lot of pain.”

If an infection takes, Kaylee might lose her feet. Doctors are very concerned and hope she can recover.

Vaughn has been charged with aggravated child abuse and is held on $150,000 bond.

Do you think this grandma should serve prison time for this abuse?