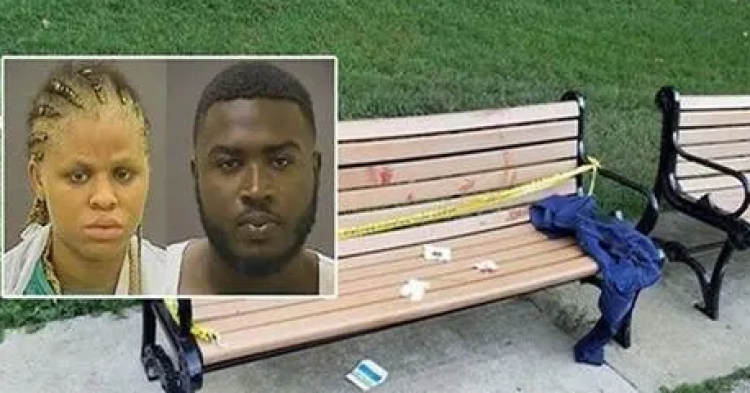 Random incidents of violence have become more common in recent years. Since the economic collapse under President Trump during the COVID-19 pandemic, Americans have been dealing with pent-up rage as they navigate difficult economic circumstances like losing jobs and income. As a result, more people are turning to a life of crime to make ends meet, but that doesn’t fully explain why so many people are turning to violence to express their internal rage.

During an incident in Baltimore, Maryland, young people targeted a 64-year-old man in a random attack. The assailants recorded the abuse on their devices and aired the content via a live stream on Facebook to show friends and followers how they attacked someone who was weaker than them.

According to the Baltimore Sun, three males and one female-targeted the elderly man while he sat reading a book on a park bench at Wyman Park Dell near the Johns Hopkins University and the Baltimore Museum of Art. The group of young people approached the man and struck up a conversation about where they might be able to exchange money. Suddenly, one person put a gun to the old man’s head and demanded he hands over all his money and possessions.

As the robbery progressed, another suspect drew a knife and stabbed the victim in the lower back. Another assailant used mace to injure the old man. The attack progressed quickly and was promoted across Facebook via the platform’s live-stream service.

In the end, the robbers took $60 in cash from the senior citizen as well as his iPhone. They also ran off with his North Face backpack, which had value because it is a name brand.

Police were able to track the attackers because of the Facebook live stream. Once cops contacted 18-year-old Zannay Laws, she confessed that she was involved in the attack. She was the one who live-streamed the video on Facebook from her cellphone. When cops had Laws in custody, they were able to track down more suspects and administer justice for the old man who was attacked while reading a book on a Baltimore park bench.

“Here’s a man sitting on a bench, reading a book in the park,” City Councilwoman Mary Pat Clarke said. “To think that it was actually planned and recorded to be publicized is just beyond understanding. It’s outrageous.”

The councilwoman added, “What in the world would inspire a person to take part in such an assault and want other people to share it? It’s sick.”

Laws and suspect Dakei Perry, 18, were both charged with attempted first-degree murder, first- and second-degree assault, armed robbery, theft, reckless endangerment, and dangerous weapon with intent to injure, according to WBAL TV. If the charges stick and the pair are convicted, they’re likely to spend some hard time behind bars.

In addition to their attack on the old man in the park, the group is also thought to have committed other robberies in the Baltimore area.