He Asked A Woman If She Was A United States Citizen. Now He Faces Jail For A Hate Crime : AWM

He Asked A Woman If She Was A United States Citizen. Now He Faces Jail For A Hate Crime 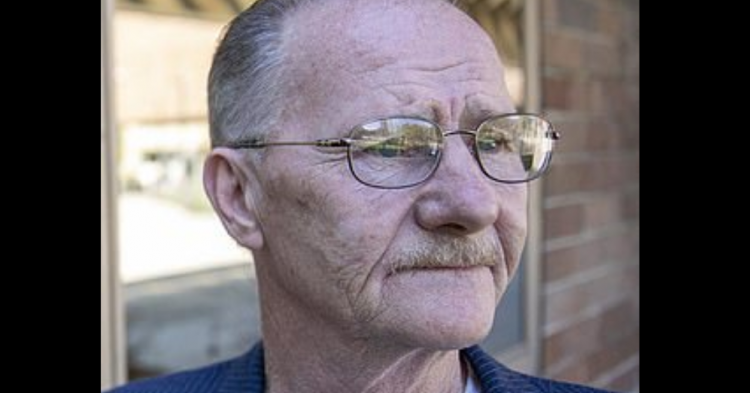 Video footage caught 63-year-old Timothy Trybus red-handed. Because Trybus noticed a young woman wearing a shirt with the flag of Puerto Rico on the front, he started yelling and screaming at her. Trybus, who was intoxicated during the incident, berated the woman while a police officer watched the aggression unfold. Because Trybus harassed the woman, 25-year-old Mia Irizarry over her shirt, Trybus was arrested and has since been convicted of two hate crimes.

The video, which shows Trybus becoming aggressive and intimidating, also features the cowardly police officer prowling in the background. While Trybus berates the woman over her right to wear any shirt she likes, the man of Des Plaines, Illinois, continued to rail into her and demand to know if she was a citizen of the United States or not – because of the color of her skin and the shirt she was wearing. 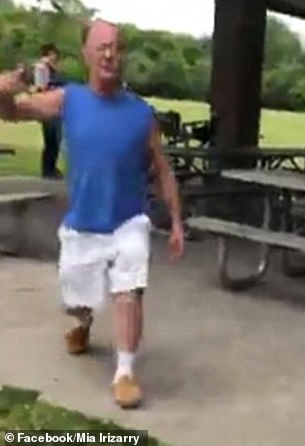 Irizarry was at the forest preserve last year when Trybus started harassing her. The 25-year-old victim testified in court about how she feared for her safety as Trybus grew increasingly aggressive, pointing his fingers at her, and using his presence to intimidate her because of the clothing she wore physically.

Because Trybus did not like the shirt that celebrated Puerto Rico – a territory belonging to the United States – he came after her and targeted her with his anger. 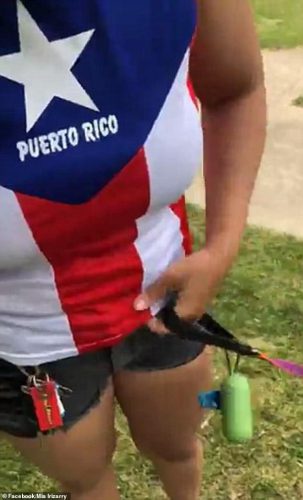 After the court found Trybus guilty of two felony hate crimes, Irizarry refused to comment. She did not want to gloat in the man’s misfortune after being caught assailing her with his anger over her shirt.

The video that sparked the whole incident was originally shared on social media on June 14, 2018. It did not take authorities long to identify the hateful man as Trybus. During the hate crime, a park officer watched the event unfold but did nothing to protect the victim. 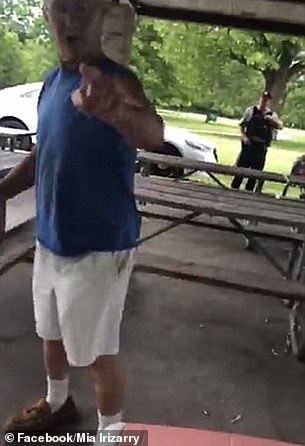 Cook County prosecutors acknowledged that Trybus never physically assaulted the young woman. However, he committed a hate crime because his outburst was motivated by the Puerto Rican flag on her shirt.

“She felt threatened. Mia has every reason to think she’s going to be touched,” Assistant State’s Attorney Patricia Berlinsky said during closing arguments. “His actions elevated him from being a racist jerk to a hate crime.”

Trybus’s defense attorney David Goldman blamed his client’s hateful behavior on him being extremely intoxicated during the verbal attack.

“What do drunks do?” he asked jurors. “They invade your space.” 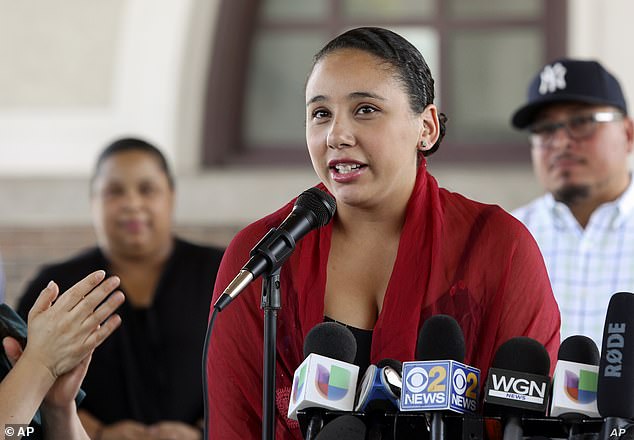 The jury found him guilty of two felony counts of hate crime. Trybus cried when the verdict was announced. He will receive his sentence on October 21, 2019, and faces up to five years in prison.

Irizarry was at the park celebrating her 24th birthday when she was harassed by Trybus, who was not only drunk but supposedly high on opioids. In the video, Trybus threatens the young woman, and the police officer does nothing despite her telling him that she felt threatened.

What do you think about this court decision?