He Hasn’t Cleaned His Ears In 16 Years, And This Is What The Doctor Pulled Out. 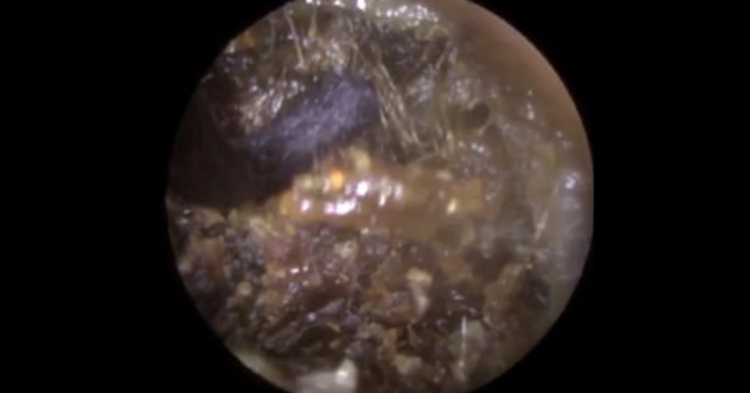 He’s known as The Wax Whisperer online – and for a good reason. This shocking clip proves why Neel Raithatha, an audiologist from Oadby, Leicestershire in the United Kingdom, has skyrocketed to internet fame in recent times. Because the patient in the video has not properly cleaned his ears in more than a decade and a half, Neel has to go down into his ear canal with equipment to remove the compounded wax and dead skin cells that have amassed there.

The footage came from an excavation camera that was inserted into the patient’s ear canal. You can see the brown and black wax that has been collected in the man’s ear for sixteen years. He has never properly cleaned it, and this is why Neel has built up an internet presence and earned himself the moniker, The Wax Whisperer. 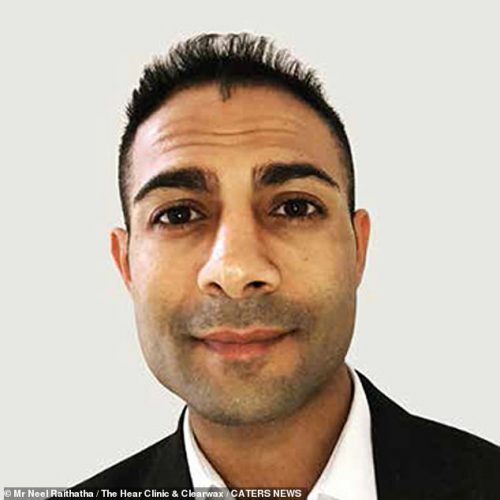 For nearly ninety minutes, Neel used every tool at his disposal to rid the man’s ear of the buildup wax. Such a procedure usually takes the audiologist only five or ten minutes. But in this case, there was so much wax he had to dedicate an hour and a half to the procedure. 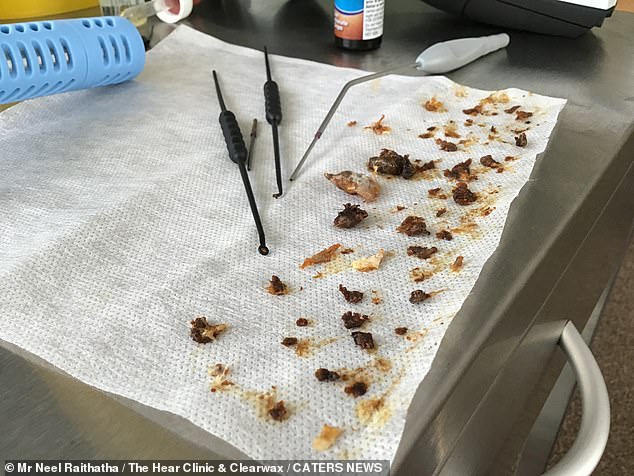 The procedure was so grotesque, Neel was sickened and almost vomited. But he is a professional and was able to pull through without throwing up in the clinic.

“I must admit, I did become slightly nauseous when I saw just how much earwax and dead skin that I removed. I successfully managed to remove the severely impacted earwax and keratin buildup, but it was a very difficult and complex case.”

Prior to his ear cleaning, the patient underwent a Radical Mastoidectomy. The patient required the mastoid bone (which is located at the back of the ear) to be drilled. It had to be removed after it had gotten infected. The man had apparently ignored his ear and failed to clean it. 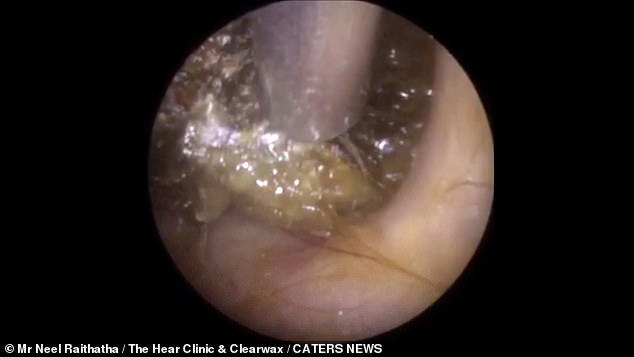 While earwax falls out of the ear in most instances, it can get stuck. This can happen because a person has a narrow ear canal or hairy ears. If wax gets backed up, it can result in an earache, difficulty hearing, or dizziness.

Dozens of people shared comments on Daily Mail after watching the clip of the Wax Whisperer removing wax from this man’s ear canal. 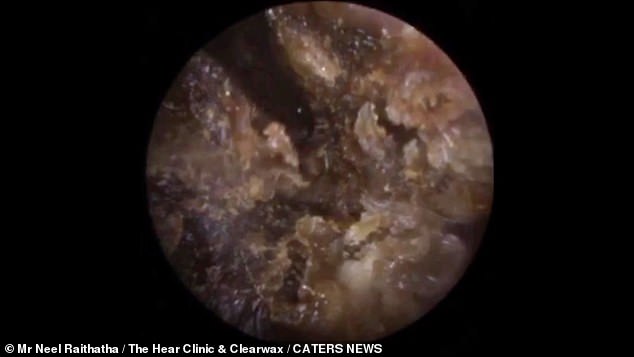 One British reader wrote, “I lived in a house with no hot water as a child so boiled water and washed myself in the sink in the kitchen, my ears had no contact with the bathwater for ten years till I had a medical examination by the RAF when I told them I was now deaf in one ear, one hour trip to the nurse, I was cured, and everything sounded weird and TOO LOUD.”

“This brings home the fact that earwax removal should be a service still available at the doctor’s, instead of being discontinued as a cost-cutting measure.”

What do you think about the clip?