He Said He Was From The Future, And Now His Predictions Are Starting To Come True 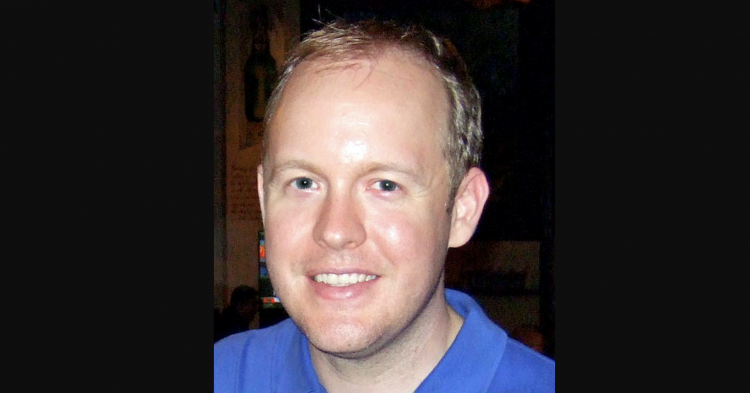 Back in 2015, Drew Curtis proclaimed himself a “time traveler from 2020.” If that wasn’t enough to turn heads, he then went on to say that you had better “enjoy 2016” because “it’s as good as it gets for a while.” Although 2016 was a very controversial year with Hillary Clinton winning the popular vote and still losing the presidency to Donald Trump, a reality television star, things have only gotten worse in the years following as Drew Curtis hinted at.

Curtis founded the news site Fark and is using his claim of being a time traveler to talk about how he knows more than you. Although Curtis was just joking about the initial time traveler post, he recently retweeted his own post back on May 1, 2020, to remind people that he “predicted” how bad things were going to get. 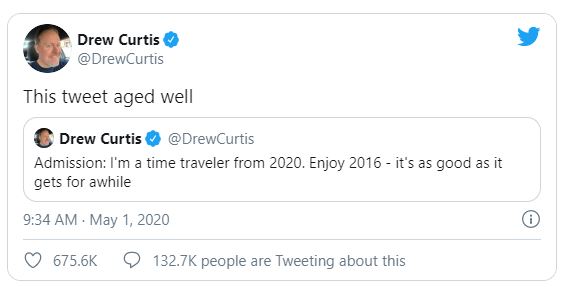 Because of Curtis’s wild prediction, he has become a social media sensation on the Chinese-created TikTok video app. While most people think that Curtis was joking about being a time traveler (although there is a segment of conspiracy theorists who think of Curtis as a type of messiah), more people are turning to him to provide insight and hope during this dark time in American history.

With Trump at the helm, the United States has descended into anarchy amid the worst economic depression since, well, the Great Depression about one hundred years ago. Gun violence rates have skyrocketed, and police brutality cases – and cases of aggravated hate crimes and racism – have gone up.

Curtis claims that things will “get better” in November around the time of the general election. He also said that despite what government officials are hoping for states will “close down again” because few people are following the CDC-recommended guidelines to wear masks and remain at least six feet between people.

Although people bombarded Curtis with questions about the coronavirus, other people wanted to know more about pop culture. Curtis made it clear that Trump loses the election and that pop group One Direction “might” get back together to reap the benefits of a reunion “after one of (the members) comes out of rehab for the first  time.”

Because Curtis was somewhat accurate the first time, conspiracy theorists are taking his new message at face value and betting in favor of him being right again.

“Anyone else freaked out by this,” one person asked on TikTok.

“THIS IS FREAKING ME OUT ABOUT HOW ACCURATE HE IS,” another user wrote.

Although conspiracy theorists are looking to Curtis as a savior type person, he has admitted that he isn’t a real time traveler. Instead, he uses his skills on the computer to deduce the future.

“I run a news aggregation website, and reading everything keeps me a step ahead,” Curtis explained.

According to the ideas behind Curtis, the best way to stay current is to subscribe to the New York Times and other news sources. Stay up on current events and pay attention. Wear your mask while in public, and stay safe!

What do you think about these predictions?