He Starred In The Biggest TV Show In The 90s, But Today I Can’t Recognize Him 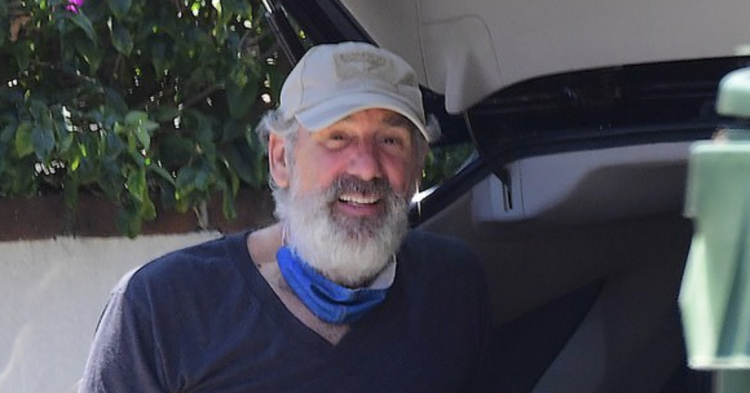 Ever since his fall from grace following a racist incident involving a Black fan, Michael Richards, who played Cosmo Kramer on Seinfeld from 1989 to 1998, has been in hiding. However, he was recently spotted going for a walk outside in Los Angeles, California, and former fans could not help but notice that he looked like another man entire. With an unkempt white beard and yellowed teeth, the former comedian was spotted sitting in the trunk of his car following a day outdoors walking and biking.

Richards, 70, was spotted seated in the trunk of his car with his feet up, relaxing while the rest of the country deals with race riots and the coronavirus pandemic. Despite his fall from grace, Richards is still worth an estimated $45 million. 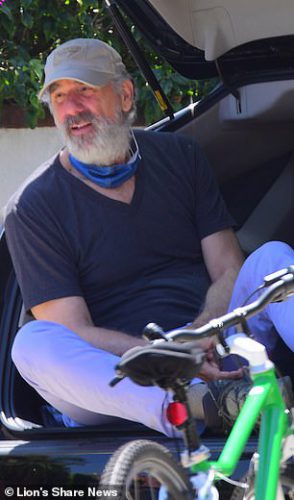 Since he went on a high-profile racist rant in 2006, he has remained out of the public spotlight. Although he apologized for his racist outburst toward a Black fan, Richards has kept himself out of public view. However, Richards did speak to former co-star Jerry Seinfeld about his racist rant when he was invited onto Seinfeld’s new show Comedians in Cards Getting Coffee back in 2012.

Richards admitted to Seinfeld that being caught on camera screaming racial slurs as a Black fan still haunted him. And he told the billionaire comedian, “It broke me down.” 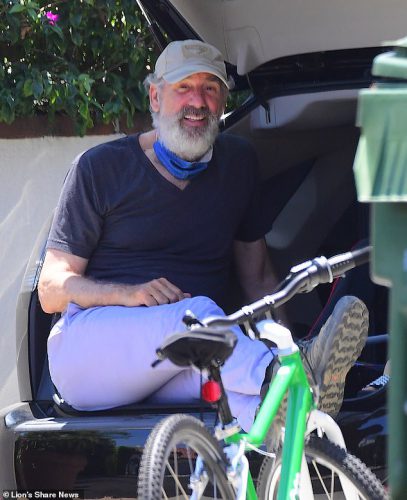 In the November 2006 incident, which was caught on camera, Richards screamed at a heckler in his audience and referred to the critic as a “n****r.” The video was filmed at the Laugh Factory in West Hollywood, where Richards had been invited to perform a standup comedy routine. Since the career-ending incident, Richards has largely remained in hiding since he has found it practically impossible to land a job.

In the alarming footage, Michael Richards hurls racial slurs and abuse at the critic, demanding that security at the comedy club do his bidding and “Throw his ass out… He’s a n*****! Look there’s a n*****!”

When speaking to Seinfeld about being a “selfless” comedy performer during the pity interview, Richards said, “That’s a lesson I learned… when I blew it in the comedy club. I lost my temper because somebody interrupted my act and said some things that hurt me, and I lashed out in anger.” 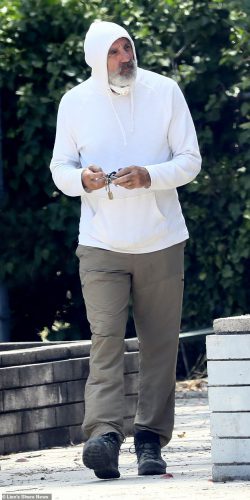 He added, “I should have been working selflessly that evening. It was a selfish response. I took it too personally, and I should have just said: ‘Yeah, you’re absolutely right. I’m not funny. I think I’ll go home and work on my material, and I’ll see you tomorrow night.’ But – you know – it was just one of those nights.”

Richards admitted, “I busted up after that event… It broke me down.” 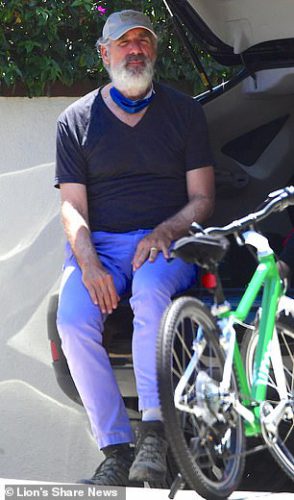 Seinfeld publicly supported Richards following his racist outburst. During the 2012 appearance on the interview format show, he thanked the billionaire, saying: “And thanks for sticking by me. It meant a lot to me. ‘But inside, it still kicks me around.”

What do you think about Michael Richards’s appearance now that he has had years out of the national spotlight?