He Took His Dogs To The Beach, But It Turned Tragic When Something Jumped Out Of The Water : AWM

He Took His Dogs To The Beach, But It Turned Tragic When Something Jumped Out Of The Water 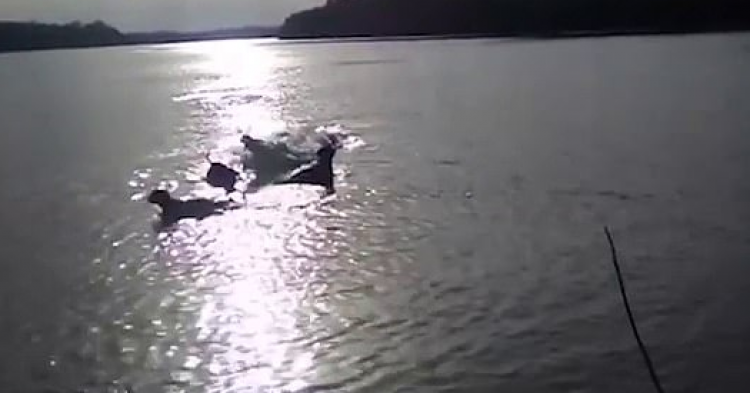 While taking a swim in the water of the Watson River in Queensland, Australia, a dog met its end. Horrific footage shows the moment that a swimming dog is made the victim of a massive saltwater crocodile intent on catching its dinner. The large reptile is shown emerging from the water and snatching the dog as the owner watches without having any way of saving the dog from violent death.

The dog, whose name was Ben, gets swallowed whole by the crocodile that comes out of the dark recesses of the Watson River. In the footage, which is quite disturbing, you can hear the owner shouting for the beloved dog while the crocodile does what a crocodile does best – devour animals for lunch. 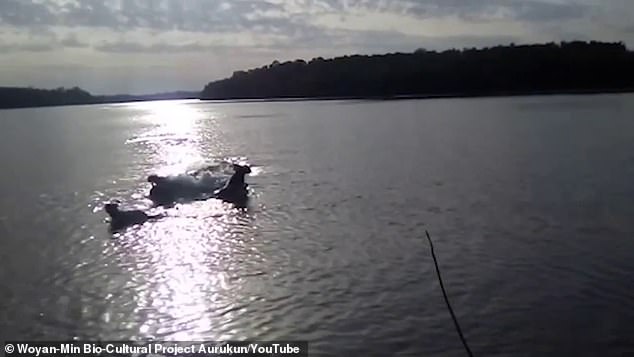 When you watch the footage, you’ll see three dogs enjoying a swim along the Watson River. The three pooches are having the time of their lives since they adore being in the water like that. However, the dogs have no idea that a saltwater crocodile lurks just beneath the surface of the water and is ready to eat one of the dogs for lunch. The owners never expected the crocodiles to be in the river either.

When the crocodile bites down on the dog named Ben, the owner starts shouting, and the other dogs get frantic. They bark at the reptile and try to scare it away, but it is no use. The croc already has the taste of the dog’s warm blood in its mouth, and it is not going to let go unless someone makes it let go.

The owner shouts, “Ben get out!”

It’s no use. The camera pans back to the water, and you can see the crocodile swimming out after its tasty meal.

While the owner did not know that Ben was at risk of being devoured by saltwater crocodiles, a coordinator at the Aurukun Indigenous Knowledge Center believes that more pet owners should watch the footage to educate themselves as to why it is imperative they keep their dogs out of the crocodile-infested water.

While it is dangerous to take animals out into the river any time, when the water is high, it is even more dangerous since the crocodile can get more coverage as it hunts for vulnerable prey.

Readers of Daily Mail, where the footage went viral, shared dozens of comments and reactions to the footage.

“Oh my goodness. I would be in absolute despair. So, so sad. I’m so sorry.”

“Poor Benny. And Benny’s human friend. How awful for that man.”

“Oh my god, that’s awful. Poor Benny. non-dog lovers just won’t understand how much your dog means to you. That’s heartbreaking. I hope the poor owners are okay.”

“Owner must be terribly heartbroken. I can remember falling off a jet bike on the Gregory River in Queensland in 2010. It scared the s*** out of me. Thought I was croc food for a minute.”

What’s your reaction to the footage? Do you empathize with Ben’s owners?