Her Boyfriend Dumped Her Over Her Looks, So She Transformed Into “The Girl He Can’t Have.” 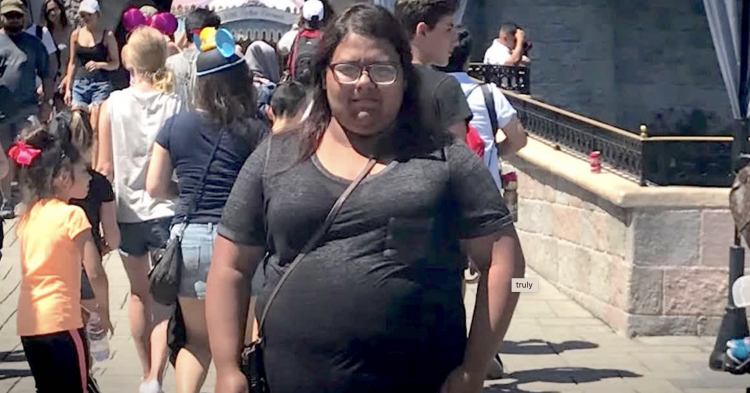 Throughout her entire life, Josie struggled to maintain a healthy weight. She could not recall a time in her life when she was not overweight. She was always the largest girl among her friends and was often picked on for being overweight while at school. She struggled with her self-esteem due to her weight and never got asked out on a date or went to any of the school dances – but worst of all, she felt constantly judged and like she didn’t even exist.

Although Josie grew up, she continued to struggle with her weight. Fortunately, she was able to find love and had a boyfriend. But then things changed when her boyfriend suddenly dumped in her 2018 because he no longer found her attractive after she reached 300 pounds.

Being dumped really hurt, but Josie managed to turn it all around and start on a journey that would ultimately transform her into the person she was always meant to become.

At first, the breakup knocked her down in the dumps, but she didn’t let it keep her there for long. Soon, Josie started asking herself questions. Who was her ex to judge her like that? Maybe she deserved someone better than him? Before long, she picked herself up and got started on a weight-loss journey that would last several years – but ultimately led to a complete transformation.

Josie signed up for a gym membership and started going for workouts. She also began learning more about how to eat right and ways to get the most of her exercise routine. Before long, she started gaining more confidence in herself – and then something wonderful happened – the pounds started melting away.

In the video below from truly, you’ll hear from Josie as she describes the journey she went on to become the woman she always wanted to be.

Hundreds of thousands of people have drawn inspiration from Josie’s story and shared as much in the comments.

“Hate to say it… but that breakup probably did her some good. He actually unintentionally did her a favor! And she’s way better off now for it.”

“I don’t get the vibe that she purposely changed to get revenge. I think that she just hit rock bottom after being hurt and decided to focus her attention hard elsewhere.”

“She is STUNNING!  And she actually lost more like 440 pounds (300 pounds of dead weight from the terrible boyfriend).”

One person questioned why the boyfriend broke up with her.

“There is no mention here that he left her because of her weight! I doubt that was the reason, especially as he was not Mr. Slim Jim himself!  Bear in mind that she was probably overweight when they started dating! He probably just wanted out of the relationship for whatever reason.”

What do you think about this young woman’s weight-loss story? Does it inspire you?