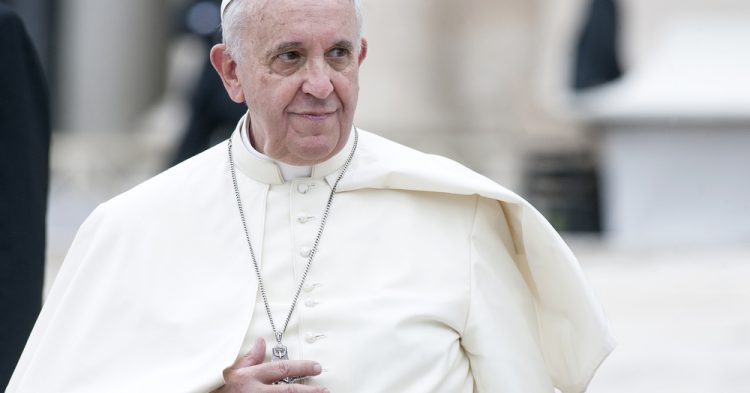 On Monday, Pope Francis said something that has thrust a lot of followers into doubt about his mental stability. During the speech, the Pope argued that our society uses adjectives and adverbs too often and does not use the power of nouns as we should. Because he is lashing out on the sin of using too many adjectives – descriptor words – as a way to get around the facts of the situation.

Because people found it bizarre that the Pope was attacking people’s use of adjectives and adverbs, they wondered if something had been said that bothered him enough to come forward with the admonition.

Instead of lashing out against greed and violence, the Pope used his speech on Monday to criticize our use of adjectives. The Catholic Church leader said, “I am allergic to those words.”

He then added that he wants his faithful followers to practice uses fewer adjectives and adverbs, instead of using more powerful nouns and verbs.

“We have fallen into the culture of adjectives and adverbs, and we have forgotten the strength of nouns. Why say, ‘authentically Christian?’ It is ‘Christian!’ The mere fact of the noun ‘Christian,’ ‘I am Christ!’ is strong. It is an adjective noun, yes, but it is a noun. The communicator must make people understand the weight of the reality of nouns that reflect the reality of people. And this is a mission of communication. To communicate with reality, without sweetening with adjectives or adverbs.”

The address about communication style and being more purposeful with word choice came during the address of the Vatican Dicastery for Communication. He founded the organization in 2015 to bring the traditional Catholic Church from his antiquated times into the digital age.

During the riveting speech, Pope Francis said, “I have a speech to read. It’s not that long. It’s seven pages. But I’m sure that after the first one the majority of you will fall asleep.”

Because Pope Francis knew that a grammar lesson was not the most exciting topic for Catholics – when there are greater sins ruining the morality of the world – he felt it necessary to discuss the overuse of adjectives and adverbs.

Following the speech, the Pope tweeted, “Let us learn to call people by their name as the Lord does with us and to give up using adjectives.”

After launching the Twitter account in 2012, Pope Francis has gained 18 million followers who love to listen to his words of wisdom.

The Dicastery for Communication manages the Pope’s growing social media presence, which includes an Instagram page.

Why does the Pope feel it is necessary to talk to Catholics about the use of adjectives? It is because adjectives taint the truth of a noun. They can weaken it and erode its meaning. Let’s refer to the example the Pope provided – authentic Christian. If this phrase is being used, that implies that Christians alone are not authentic. By adding the adjective to modify the word Christian, the Pope feels that these nouns, which once stood strong by themselves, are reduced and become meaningless.