Here’s The Note Congresswoman Tlaib Discovered Waiting For Her : AWM

Here’s The Note Congresswoman Tlaib Discovered Waiting For Her 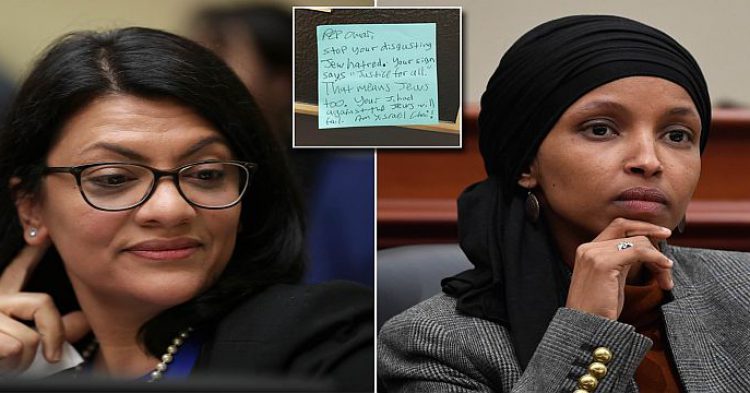 Last month, Representative Rashida Tlaib came to her congressional office and found an alarming thing. A “hateful” note had been anonymously posted by her door that referred to the Muslim woman politician and demanded that she stop her so-called “disgusting Jew hatred.” Because the politician had been among the few to speak out about how some American politician seems to pledge more allegiance to Israel than the United States, she was lambasted as an anti-Semite.

The hateful note that was left outside of the Longworth House Office Building had a very specific message for the Democratic Representative. 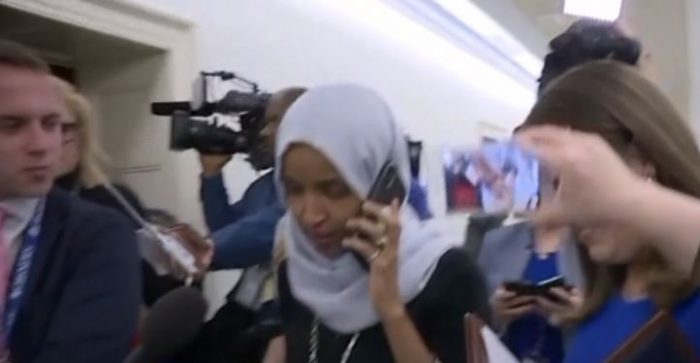 “Rep Omar, Stop your disgusting Jew hatred. Your sign says ‘Justice for all.’ That means Jews too. Your Jihad against the Jews will fail.”

The note also contained the Yiddish words “Am Yisrael Chai,” which translates to “the nation of Israel lives.” 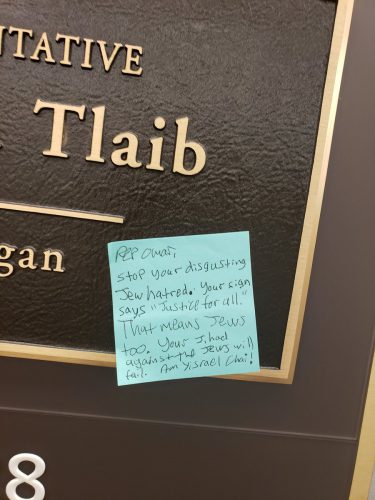 Tlaib is the first-ever Palestinian-American elected to Congress – and a woman. Tlaib along with Omar serves as one of just two Muslims women in Congress.

Tlaib tweeted the photo of the hateful note on a cheap blue sticky paper and shared the following comment along with it.

“This is the hateful rhetoric & bullying on my door today. Stop the fear mongering & blatant lies. Come here w/ the value that all beings deserve human rights, including Palestinians. (Omar) and I fight for equality & justice for all. There’s nothing anti-Semitic about that!”

The two congresswomen have become close friends as they face a lot of the same racist and sexist attitudes as each other.

CNN has been covering this story, and when they reached out to the US Capitol for a comment, the governmental office failed to issue one.

The note was posted just a few weeks after Minnesota Democrat Omar sparked controversy when she suggested some politicians were influenced by dark money infused to get them to support Israel. Omar later apologized for the remark. 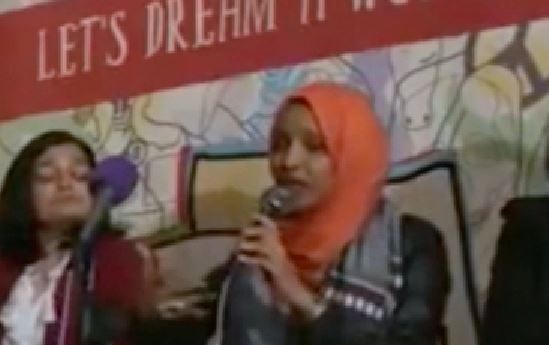 She also warned that politicians who are paid to support Israel must be careful that they are not pushing “allegiance to a foreign country.” What she meant was that a politician should be loyal to the United States first and foremost, not a foreign entity regardless of religion or race.

Omar’s statement sparked controversy for both Democrats and Republicans. This spurned the Democrats to issue a resolution that condemned hate and intolerance in all its forms – even if it comes from its own party. The resolution included anti-Semitism and anti-Muslim discrimination.

However, Tlaib has been very critical of the way the United States government is run, claiming that there are anti-Muslim views on both sides of the political aisle and little is being done to thwart or change them. 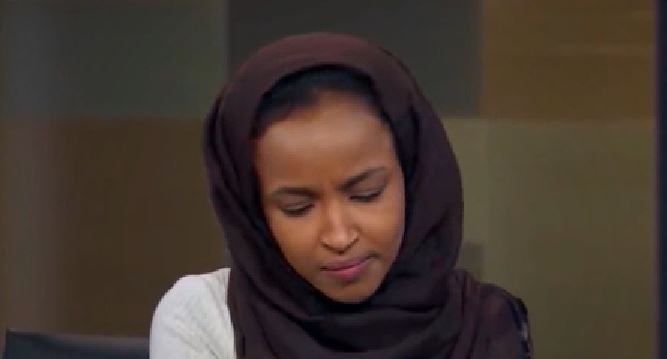 She said that such discrimination against Muslims “is still very present on both sides of the aisle” in Congress, even while she works to represent an under-represented group of people.

The note was a threat to Tlaib and Omar, who are very much a minority in Congress.

What do you think should be done about such bullying in the capital?