Here’s What All Americans Should Know About Melania Trump : AWM

Here’s What All Americans Should Know About Melania Trump 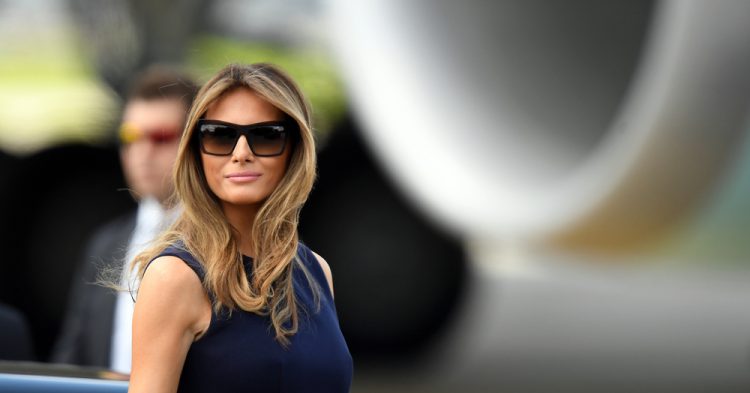 Since following President Trump into the White House, first lady Melania Trump has remained in the background. Despite her previous exploits as a career in modeling, Melania prefers to keep her life private, which has made it very difficult for the American people to get to know the 49-year-old first lady. While previous first ladies have been very public figures like Michelle Obama and Hillary Clinton, Melania Trump is very different from the women who have held the title before her and not just because she’s an immigrant.

Melania was born Melanija Knavs in communist Slovenia back on April 26, 1970. Melania is also the first to hold her title, which is the third wife of the president. As his third spouse, following two failed marriages, Melania makes history by marrying Trump third after two other women.

While these first facts about Melania might put some people on edge, the fact that she’s a polyglot should make Americans proud. Melania can speak more foreign languages than any other first lady on record. She can communicate in English, French, German, Italian, Serbian, and her native Slovenian. This could make Melania a valuable asset for Trump while communicating with foreign leaders.

Melania is also unique because she led a successful modeling career before becoming the president’s wife. Her career as a model was perhaps the factor that led her to the marriage with Trump, as he scouted her out because of her work in front of the camera. Some people see Melania’s past as a fashion model as a stain on her current notoriety, while others believe it proves how pliable she can be, and how easily she can take direction.

Melania is among the tallest first ladies in history. She’s not the tallest but tied in the top spot along with Michell Obama and Eleanor Roosevelt, who were all five-feet eleven-inches tall.

Although Trump claims to be a Presbyterian, Melania is a practicing Catholic. This makes her the second first lady to be an open catholic and perhaps the first to practice a different religion than her husband, which is a minority situation among couples in America.

Besides her modeling career, Melania has also been a paid actress in a TV commercial. If you recall in a 2005 TV advertisement by Aflac, the insurance company, Melania, appeared on screen along with her co-star the Aflac duck. It was President Trump himself who called the media’s attention to Melania’s commercial appearance when on-screen scientists take the voice of a “lovely woman” and transfer it to the duck.

While Melania might be a controversial first lady, she certainly has some unique qualities that make her different than those who held the title before her.