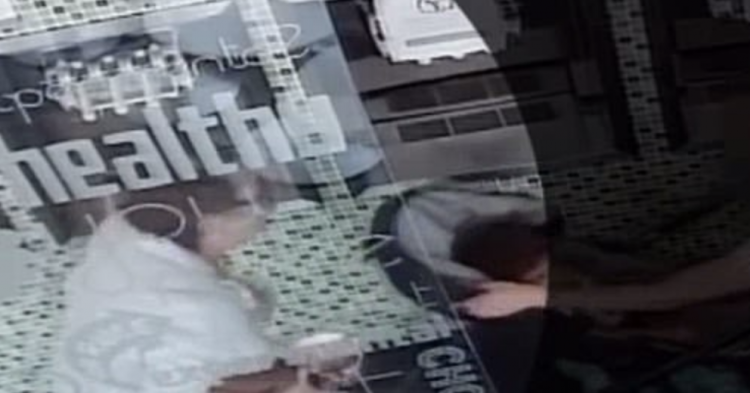 As coronavirus cases ramp up in California, Texas, and Florida, people are looking for ways to keep people safe. But one woman in her sixties has decided to make an intentional effort to spread the deadly virus by coughing in the face of a baby while inside a yogurt shop in San Jose. The abuse was caught on surveillance footage after the woman got into a fight with the baby’s mother about following the CDC-recommended social distancing requirement of keeping six feet between everyone.

The woman who coughed on the baby was believed to be in her sixties, which means that she is at a high risk of death from the virus. She had been standing in front of the woman and her one-year-old baby in line at the Yogurtland shop in San Jose on June 12. Because the mother was refusing to follow the CDC-recommended social distancing practice, the angry customer coughed on the baby.

The mother had her tiny baby in a stroller. Because of this, she struggled to maintain the recommended six feet between everyone. Instead of just talking to the mother about it like a civil human being, the older woman lifted her mask and coughed all over the baby’s face in a display of aggression and violence that is unprecedented.

Now the San Jose Police Department is on the hunt for the woman who threatened the life of the one-year-old baby by potentially exposing the child to the coronavirus. 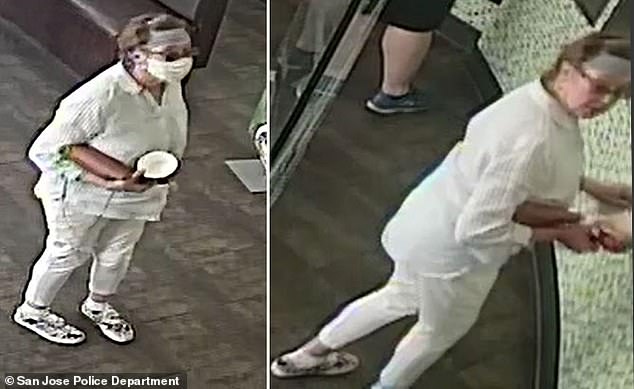 Footage showed the woman arguing with the mother. She got so angry with her that she was waving her hands around in threatening gestures. But that wasn’t enough for her. She felt the need to remove her mask and spit droplets of germs onto the baby’s face through her cough.

The mother frantically tried to pull down the cover of the stroller to protect her child from the older woman’s germs. The mother called the police immediately after the woman spewed germs all over her infant’s face. 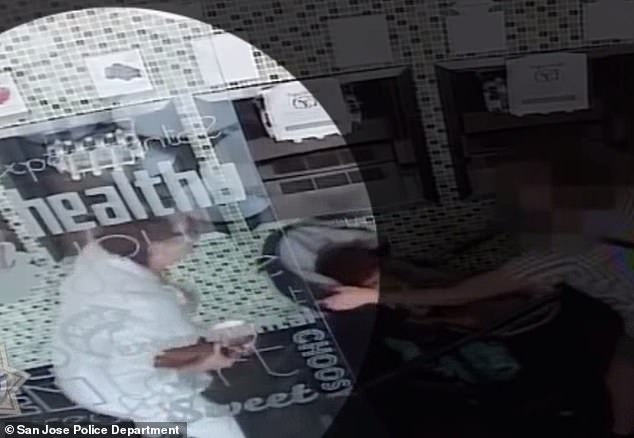 The police in San Jose are working hard to identify the woman who threatened the life of the infant child. She has been described as a white female in her sixties with a short haircut and a medium to overweight build.

The aggressor wore a gray bandana, glasses, and a long sleeve shirt with vertical stripes to hide weight gain. She also had on white dress pants and patterned sneakers.

San Jose police have turned to the local community – and people from around the country – to help them identify the woman so they can arrest her and charge her with assault and other charges. Who knows? Maybe she’ll be slammed with attempted murder if she tests positive for COVID-19 and knowingly tried to infect the baby with the virus. 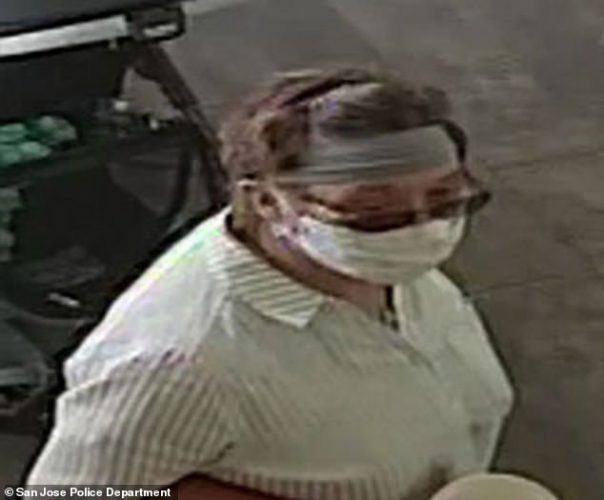 Detective Dan Bowman of the San Jose Police Department’s Assaults Unit is on the case. He has asked people to call his unit at 408-277-4161 if any new information could be provided to the case to help them identify this cruel woman and bring her down to the jail.