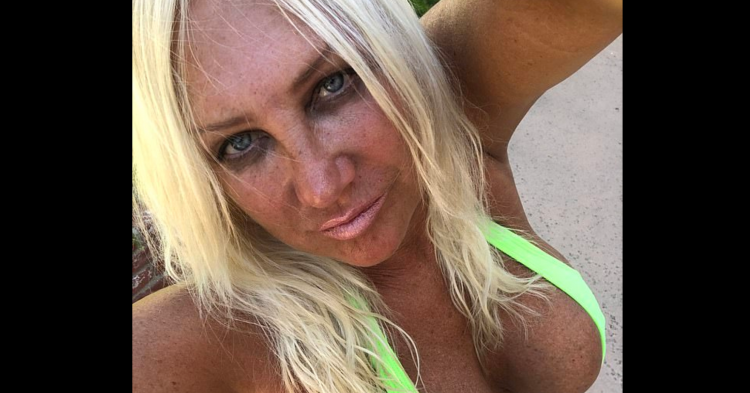 While professional wrestler Hulk Hogan was going through his bitter divorce, he tried to draw out the proceedings for as long as possible so his wife would not be able to get access to his $115 million Gawker payout. However, Judge Peter Ramsberger recently ruled that Hulk Hogan would have to shell out the cash to pay for “the vast escalation of fees and costs” that his ex-wife Linda incurred during their lengthy legal battle over their divorce. 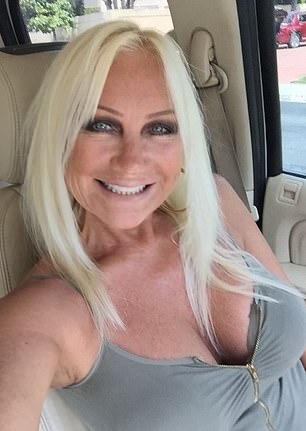 Throughout these most recent proceedings, Linda Bollea, 60, claimed that her ex-husband Hulk Hogan repeatedly failed to pay the cash that he owed her from the 2009 divorce settlement they agreed to. Because the divorce agreement was in Linda’s favor, she was entitled to 70 percent of the couple’s liquid assets and properties. But not only was she entitled to that. The divorce settlement claimed that she was also entitled to 40 percent of Hogan’s earnings, including his $115 million payout from Gawker.

Since their divorce was finalized, Linda’s lawyer Raymond Rafool said that Hogan “consistently” did everything in his power to stop from giving Linda the cash she was owed. He prevented her from “obtaining the discovery proving his failure to comply,” which is legal-speak for how he did not pay what he owed her when he owed her.

Because Hulk Hogan, whose real name is Terry Gene Bollea, created legal hurdles that his wife had to leap over in order to attain the money she was entitled to, the Florida judge recently ruled that the wrestling champ would have to hand over additional cash to cover Linda’s legal fees. 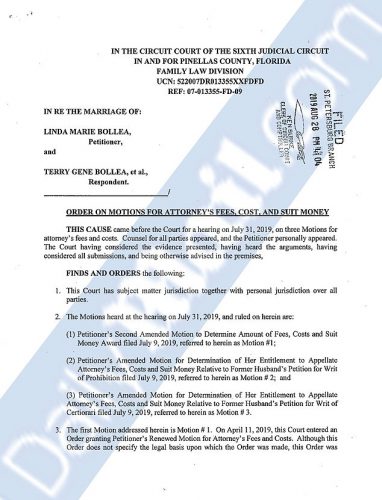 Judge Ramsberger added: “His early compliance or good faith efforts to timely comply with petitioner’s discovery requests would have avoided a considerable amount of time having to be spent by petitioner’s counsel in doing what they had to do in order to accomplish their rightful discovery requests, and properly represent his client.”

Lawyer Rafool, who is based in Miami, said: “We were rightly awarded 100 percent of our fees, costs and travel expenses and fees requested incurred just to that point in combating Hulk Hogan and his controlled Entities obstructive and costly discovery prevent.”

He added, “Hulk Hogan and his controlled Entities did all they can to prevent Linda from obtaining the discovery proving his failure to comply with their marital settlement agreement and diverting of money Linda should be receiving. Quite frankly, Judge Ramsberger had enough and justifiably ordered Hulk Hogan to pay all of Linda’s then incurred fees and costs he required her to spend to obtain the information she is clearly entitled to.” 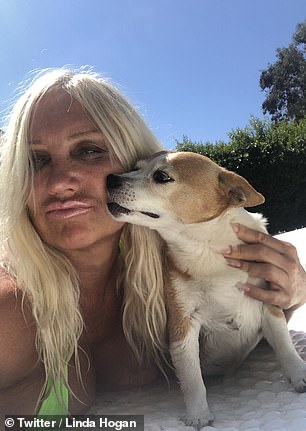 Because Hulk Hogan was making it hard for his wife to get what she needed by law, the judge ruled against him and has demanded he fork over nearly $200,000 within a matter of days.

What do you think about Hulk Hogan dragging his feet ten years after the divorce?