A Florida chiropractor is profiting off the fear parents have of mask mandates. Because some Florida parents are worried that masks will infringe on their child’s rights and freedom, they are seeking a way out of having to have their kids wear masks while they’re attending school. One strip mall in Venice, Florida, has seen an influx of people lining up by the dozens because there is one chiropractor in the building who is willing to sign mask exemption forms for children who need to go to school.

With a document signed by the chiropractor, Florida parents would be able to send their children to school without wearing a mask. The office is called Twin Palms Chiropractic and is located in a strip mall called Twin Palms Plaza. Parents inundated the office with their requests to have the chiropractor sign their children’s mask exemption forms so the little ones would not have to wear masks while getting their education. 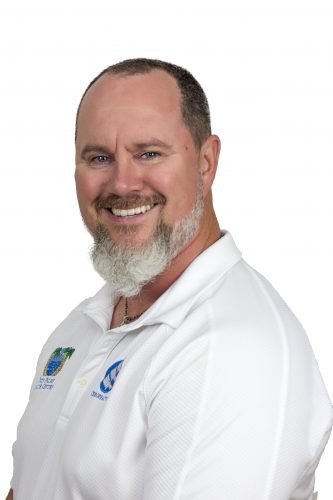 “This is not a political thing,” Dan Busch (above), a chiropractor at Twin Palms Chiropractic, told WFLA on Tuesday. “I am not an anti-mask person or an anti-vax person, but I am a pro-freedom, pro-choice person.”

Busch signed as many exemption forms as he could ahead of the start of the school year. He signed an estimated 500 forms and received payment in regards to them. However, the school district’s superintendent updated the mask exemption rule, saying that an exemption has to come from a medical doctor, osteopathic physician, or a nurse practitioner – not a chiropractor like Busch. Nevertheless, Busch raked in cash by getting fearful parents to use him for the exemption.

Now Busch’s exemptions are worthless. But he won’t be refunding patients’ money.

During his examinations of the children, he was looking for any reason at all that they would be exempt from wearing a face mask, which has been shown to save lives amid the pandemic.

“The parent and child come in, we evaluate what their conditions are, see if they have a valid legitimate condition that would warrant a mask exemption,” Busch told WWSB on Monday. “If they do not, they have to go on their way.”

The school district received so many forms signed by Busch that they knew he was just trying to cheat the system. That’s what inspired them to make the requirement stricter.

Superintendent Brennan Asplen sent a letter to parents clarifying that the mask exemption has to come from someone who is qualified to give it, not someone like Busch.

“One of the exceptions in the policy is for medical reasons,” Asplen said. “So that we can be consistent in our consideration of whether medical reasons warrant individuals to be exempt from the policy and to prevent abuse, as of Wednesday, September 1, 2021, the School Board will only accept the updated medical exception form, which is available on the district website for parents and employees.”