I Grew Up Eating Spam All The Time, But I Never Knew The Truth About It 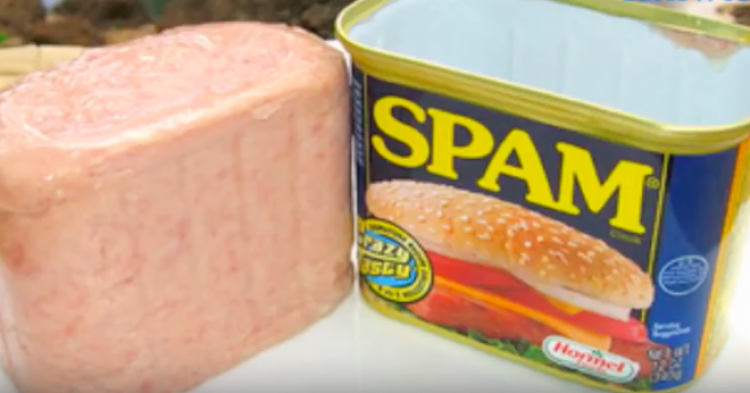 Retro foods are getting renewed attention, including that classic meat in a can, Spam. How much do you know about this food, however? Whether you love it, hate it, or have never tried it, it’s interesting to note that Spam has a long history, dating all the way back to the 1930s. According to the Spam website, 8 billion cans of Spam have been sold worldwide since it first burst onto the scene.

Spam was first introduced in 1937, during the Great Depression. Since fresh pork was too expensive for most people and hard to come by, this canned meat product quickly became a household favorite for its affordable price and convenience. During World War II, the product was in hot demand, with the military purchasing 150 million pounds of Spam by the war’s end. 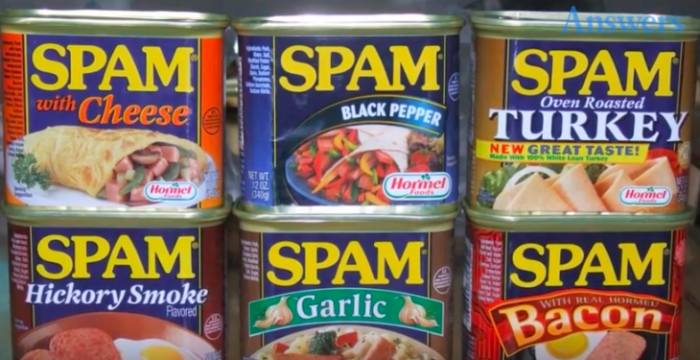 According to the Spam website, the canned meat is relatively simple in its ingredients – there are just six, in total: pork with ham, salt, water, potato starch, sugar, and sodium nitrite.

What’s in a name? Well, it’s not entirely clear why it’s called Spam, but the name was the brainchild of a brother of a Hormel Foods vice president. Many have guessed that Spam means “shoulder of pork and ham” or “spiced ham,” but it’s never been confirmed. Mental Floss explains that “the name was suggested by Kenneth Daigneau, an actor who received the $100 prize in a contest Hormel had sponsored.” He also happened to be the brother of a Hormel executive.

Spam has quite a huge following in Hawaii, who is the biggest consumer of the product, where it makes a showing in, among other applications, a fried rice and seaweed pocket called Spam Musubi. The Spam website notes, “Hawaii eats seven million cans of Spam products every year.”

South Korea is the second largest consumer of Spam and it’s often used as an ingredient in a sushi roll known as kimbap. 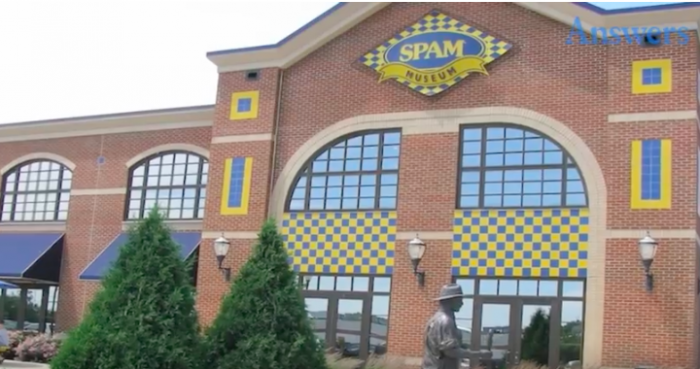 A museum dedicated to all things Spam is located in Austin, Minnesota, the birthplace of the Spam brand. According to the website, the museum “pays tribute to its presence across the world.” Additional Spam bragging rights: Spam product packaging was donated to the Smithsonian in 1998.

If you haven’t been bold enough to give Spam a try, the product’s website explains the taste as: “In a word: magic.” They note, “Of course, we’re biased, and if you haven’t had the good fortune of tasting magic before, that won’t tell you much. Speaking objectively, they taste kinda like ham. They also taste a little like pork roast.” Spam can be grilled, baked, or fried, resulting in different tastes and textures.

The website also explains the process of making Spam, which involves adding ingredients to pre-ground pork and ham, before the mixture is canned, vacuum sealed, and then cooked and cooled for three hours. Labels are applied and the cans are placed in cases and distributed.