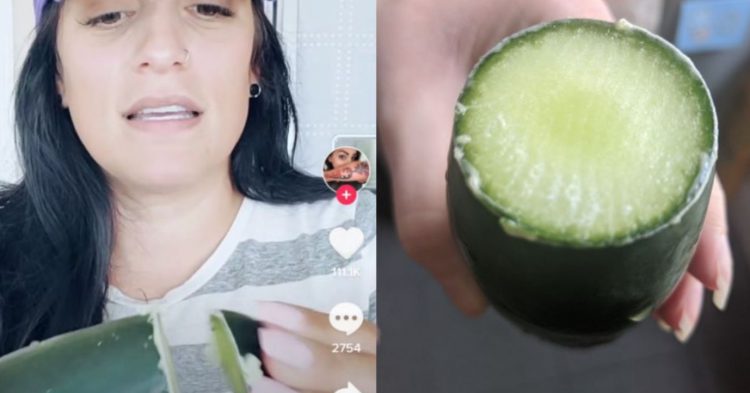 Ever since China gave America TikTok, Americans have been inventing new ways to exploit the social media app. Because the platform celebrates in-your-face content that is fast, funny, and noteworthy, quarantined moms across the country are clamoring to make their mark once and for all on the internet. Family recipes that have been kept secret for generations, cleaning tricks that are too weird to share, and all other manners of life hacks are being exploited by those stuck at home with nothing to occupy their time but content creation.

However, one woman might have figured out the weirdest trick in the book. She’s now become TikTok famous for her delicate process of “cucumber milking” that has brought delight and fear to millions. Buzzfeed broke the story on cucumber milking when they found one brunette mom sharing her tips on how to “milk your cucumber” before using them in your recipes. 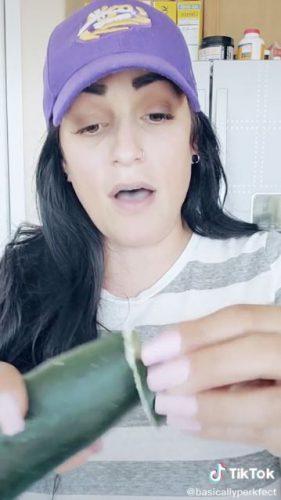 Although the cooking trick was brought into her family by her sister-in-law, TikTok user “@basicallyperkfect” revealed that it really makes dishes taste good. The trick is quite simple for the TikTok user to demonstrate. She slices off the end of the cucumber and then rubs the slice against the other part until a milky substance starts to ooze out the side.

The woman in the video, who is from New Orleans, Louisiana, learned about cucumber milking while visiting her sister-in-law in Utah. Her brother’s wife was making a vegetable platter and needed to milk the cucumbers before putting out slices for the party guests to enjoy.

In the video, you’ll watch the New Orleans woman cut off the head of the cucumber and then rub it back and forth over the rest of it.

“I’m a master milker now,” the woman said on TikTok. “Look at all that bitterness coming out.”

The creator of the video believes that the milky substance coming out of the cucumber is the cause of the bitter taste whenever that occurs.

The writer from Buzzfeed decided to milk some cucumbers and then have her husband to a blind taste test. This is what she wrote about her cucumber milking experience.

“I tried it again with another cucumber and asked my husband. I didn’t tell him what I was doing. I just told him to taste the two cucumber slices and tell me which one he thought tasted better. He said the MILKED ONE TASTED BETTER, and he had no idea what I did.”

Some people shared their thoughts on Buzzfeed regarding their cucumber milking experience. Some people did it a lot while children.

“We always used to do this growing up on homegrown cucumbers to get rid of the bitterness. I don’t know if it actually works, but we always did it. Though we never called it ‘milking a cucumber’ because that is simply disgusting.”

“We do this all the time in Asia,” a young woman wrote. “White people finding out normal things and thinking they invented food.”

Are you converted? Will you be milking your cucumber from now on?