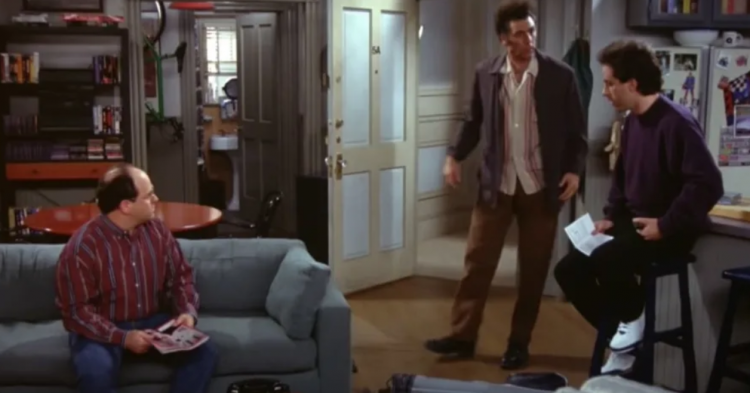 Few apartments are as iconic and recognizable as Jerry Seinfeld’s New York City apartment in the hit show, Seinfeld. The apartment is not lavish or large, but it does include a kitchen area, a living room, space for a bicycle, as well as a bathroom and a bedroom. You are probably able to visualize the apartment because of how many times neighbor Kramer busted in through the door at odd times without an invitation.

However, Reddit user PixelMagic has pointed out one fact about Seinfeld’s Manhattan apartment that millions of viewers have missed over the years. They argue that Seinfeld’s apartment could never have existed in the real world and was, therefore, a set staged by Hollywood. 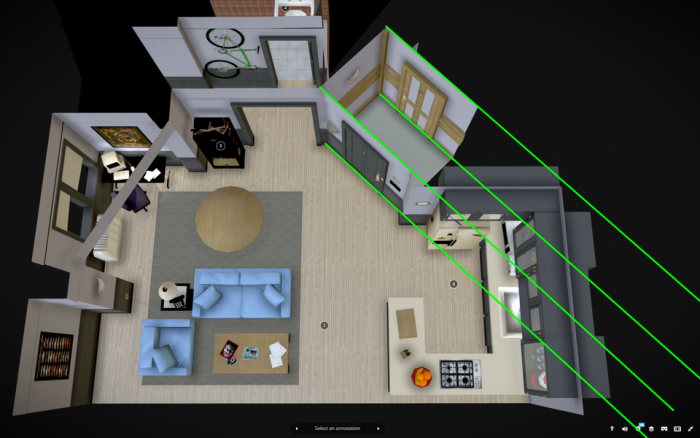 PixelMagic uploaded the above image (overhead view of Jerry Seinfeld’s apartment) to Reddit and shocked the internet with the diagram. According to the uploaded image, Jerry’s apartment could not have existed in the real world because it was not designed in a physically possible way.

Michael Walsh wrote about Seinfeld’s apartment for Nerdist and said, “Your instinct might be to say the hallway must have been curved. That was my first reaction. Lots of other Reddit users said the same thing too. If you look at screenshots of certain episodes, that does seem plausible. In certain moments the area between Jerry and Kramer’s apartments seems small enough that it could form a little cove. As you walk away from Jerry’s door, the hall could bend away from the kitchen.”

One episode that proved that Seinfeld’s hallway was not curved was during an episode entitled “The Strongbox.” In this episode, the comedian’s neighbor, Phil, had a loud parrot that choked to death on a key because of Kramer (of course). In this episode, the TV crew made it very clear that Seinfeld did not live in an apartment building with a curved hallway. This goes to prove that his apartment could not physically exist in the real world.

On Reddit, users shared many reactions to the true architecture of Seinfeld’s New York City apartment.

“There is a quick shot in a season 6 episode that actually shows More apartment to the right of the kitchen. Another short wall with a bookcase on it. It’s somewhere between episodes 15-17. I noticed it the other night.”

Some people admitted that they were happy that Jerry’s apartment otherwise seemed to be realistic for a young comedian living in the Upper West Side of Manhattan.

“Well realistic for a wealthy young comedian living on the Upper West Side anyway. But definitely more realistic than Friends. The most realistic NYC apartment depiction on TV is probably Broad City.”

“I remember an episode where Kramer was shocked at Jerry’s salary. I don’t think the exact number was revealed, but he was a successful and active comedian in the series.”

“It’s like looking at the sun. You don’t stare at it. It’s too risky. Ya get a sense of it, and then you look away.”

What do you think about Jerry Seinfeld’s apartment in the show? Should they have designed it differently?