If You Haven’t Seen This Amazing Memorial Day Video Yet, This May Be Your Last Chance To Watch It : AWM

If You Haven’t Seen This Amazing Memorial Day Video Yet, This May Be Your Last Chance To Watch It 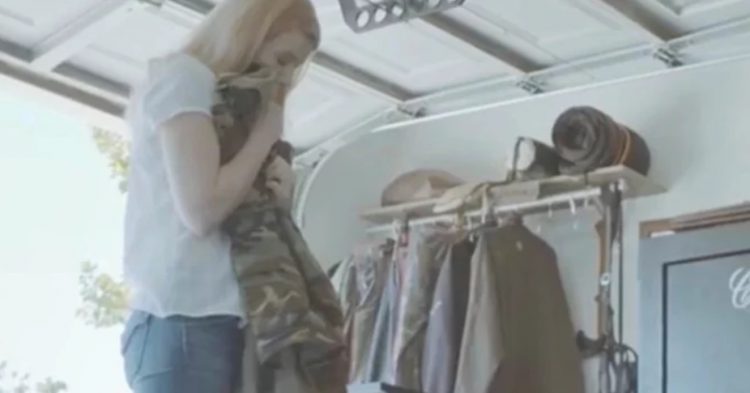 A coffee company’s powerful commercial released for Memorial Day has many grabbing a tissue and placing an order. Black Rifle Company’s commercial, titled “Never Forgotten,” follows four different people as they go about their day. It all seems fairly ordinary, as a dad and his son are seen grocery shopping for the items they’ll need for a barbeque, a woman is seen going to have breakfast with her husband and son, a man takes his motorcycle to head to a bar to meet friends, and a young woman goes to work out.

In contrast, the commercial shifts to show how Gold Star families and friends of fallen service members often have a tremendous loss in their lives, as the father and son grocery run is just the father alone, a wife only has a uniform and not her husband to hold, the guy on the motorcycle leaves one shot on the bar, and the woman is in the gym by herself.

The video ends with a voiceover that reminds viewers of those lost and the importance of Memorial Day, saying: “It’s not about today. It’s about them… the ones that gave their lives. For when a life fades it’s up to us to make sure the legacy doesn’t. Never forgotten.”

Among those who commented on the commercial on IJR.com were many who are now looking to buy from the company, with one person writing: “I’ll be looking for a place to buy Black Rifle Coffee around here. A powerful commercial” and another person commenting: “So well and beautifully executed, thank you!! I haven’t found any of their brand at any of my local stores, but I’m going to be ordering from them. Their website is really nice looking and I’m betting their coffee is at least equally impressive.”

Another commenter spoke to the company’s coffee quality, writing: “Was sent a bag of their coffee, from a friend who lives in Utah, where they are based. Honestly, best coffee I’ve had, and I have tried numerous national and local brands. Black Rifle also donates a portion of proceeds to wounded warriors and their families. Good deal all around.”

One commenter offered this information: “I support their mission of employing and working with vets AND the company is owned by vets… FYI they frequently have sales and promotions. The last one was a ‘buy one and we’ll send one to deployed troops’.”

Others remarked about remembering those who have lost their lives, with one person writing: “We will never forget the sacrifices they have made and we honor them this Memorial Day! Thank you!” and another person adding: “So powerful and SO TRUE! Thank you to all that sacrificed their lives so that I may live in the best country in the world!”

Among the comments left on the YouTube video were many who admitted to being choked up by the commercial, with one commenter noting: “Keep up the great work, yet another amazing film… we love the coffee, we love the brand, but most of all we love our heroes.”