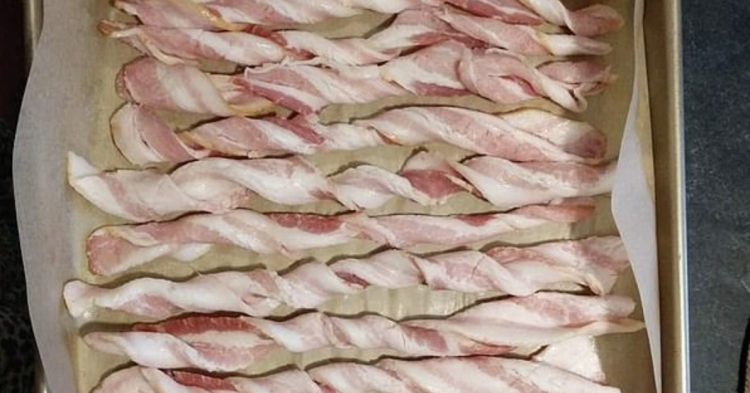 A new trend that seems to have emerged on TikTok may help you make crispier bacon strips. It’s called “twisted bacon” and promises to deliver a decadent strip of pork every time you pot it into the oven. The trendy idea requires you to twist your strips of bacon up like a barber pole and then place them on a parchment paper-lined baking sheet.

The trend has grown in popularity over the last few weeks. Now, the term “twisted bacon” has been searched on the Chinese-created social media platform a staggering 840,000 times and counting. That’s why we wanted to share this trendy cooking tip with you and make sure you were on top of the trends like the TikTok users are. 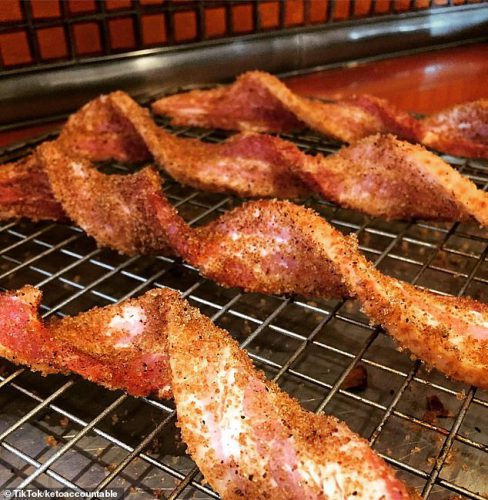 It’s quite easy to make twisted bacon. First, twist the strips of bacon to create a spiral. Then lay them out on the parchment paper-lined baking sheet and bake them in the oven for thirty minutes at high heat. The result will be something that you and your guests will absolutely love to consume.

Some people even spice up their bacon by adding a sprinkling of red chili powder and brown sugar. The addition of these ingredients makes for a delightfully crunchy bacon strip that is bursting with flavor.

TikTok has been flooded with different versions of twisted bacon. However, one thing is clear – this is a cooking trend that is going to be sticking around for some time because it is absolutely delicious. 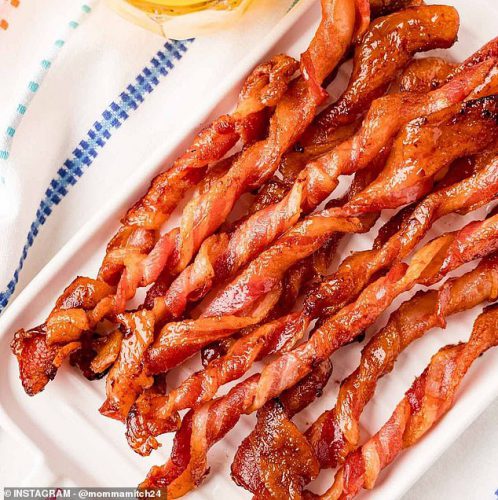 “I’m going to try this on the weekend!” one person wrote.

Another added: “This looks delicious!”

“Just made these last night. So good!” In response to this comment, the video creator said, “amazing, right?”

“Yes! My husband doesn’t do Keto, but he ate over half my batch too,” replied the commenter, to which the video creator replied one more time with, “Definitely does not taste ‘keto’ with Truvia. I could only imagine how full sugar-loaded candied bacon would taste!”

“Another great idea,” wrote another fan of the popular candied twisted bacon recipe. 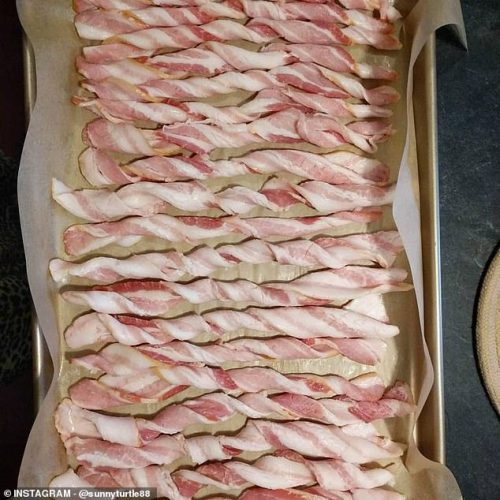 Daily Mail readers also shared a lot of love for the twisted bacon trend. The following are a few comments shared on a web article written about twisted bacon on TikTok.

“I would eat bacon for every meal if it wasn’t so unhealthy, the crispier, the better hmmm mmm”

“It’s the half-hour in the oven that makes them crispy.”

“Jeeze! Sugar on bacon? Ugh! As for bacon itself….the best is Danish by a country mile & the way to cook it is fry it (& not for 30 or 40 minutes) & then fry your eggs in the bacon fat delicious!” 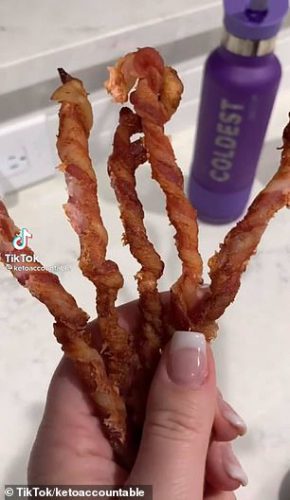 “Some folks (should) start using their stoves set to automatic, so the bacon is ready when they wake up for breakfast. Sooner or later, someone will start a house fire this way. How many people always follow the rules when cooking?”

Will you be trying the twisted bacon trend?