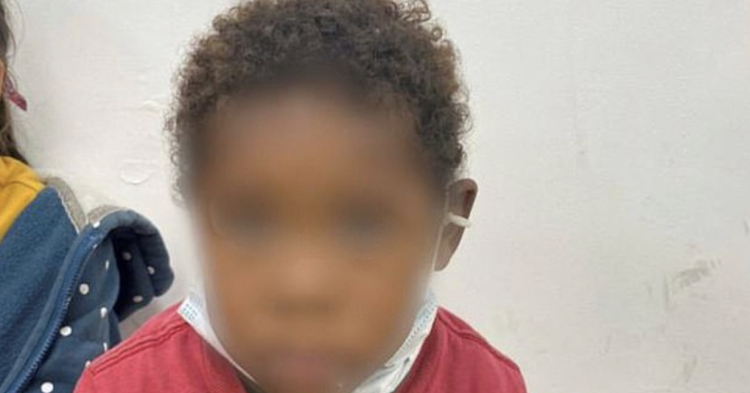 Mexican authorities announced that they came across a three-year-old boy from Honduras who was apparently abandoned at the United States-Mexico border by his father. The child was located by Mexican immigration officials after he was spotted aimlessly wandering around an unoccupied part of the Rio Grande River. Authorities reported that the boy’s father left the child behind because he was trying to hide from border agents and did not want to be caught – but he did not take his child with him.

Authorities first assumed that the boy was four years old; however, they learned that his true age was three when the boy’s father returned to claim him following the tense incident.

The father ran for cover after a government helicopter came across a group of migrants trying to pass through Mexico into the United States. The group included seven children and three women. The group of ten was spotted trying to hide in bushes near the Rio Bravo River. The National Immigration Institute of Mexico reported that the group was confronted by authorities and learned that the three women were traveling through the area from their home in the nearby city of Reynosa. However, the lone boy was unaccompanied and seemed to be abandoned.

On Wednesday, the boy’s father returned to claim his son. He told authorities that he abandoned the boy while trying to hide from the intimidating border agents. According to the National Immigration Institute, the boy asked his father why he abandoned him as soon as the pair were reunited.

According to an institute report through March 25, 2021, there have been 4,440 underage migrants found in Mexico so far this year. The report did not indicate how many of these minors were unaccompanied. However, it is not uncommon for adults to travel through Mexico with the children and then leave them at the border when they’re unable to get the children through as well.

“Migrants have told federal immigration agents that ‘the guides’ suggest they travel with children because it is easier to get into the United States,” the institute said.

Last month, a seven-year-old Honduran girl was found alone at the United States-Mexico border. She told authorities that she had traveled across Mexico by bus with her father. However, he had left her when they arrived at the border. Instead of crossing it with her, he gave her over to another man who was supposed to help her cross a river into Texas. There is no official record of the man who helped the young girl cross the river into America.

In February 2021 alone, an estimated 9,500 immigrant children arrived at the United States border. This was a jump of sixty-five percent from the month prior – the final month of the Trump presidency. Many people fear that Biden’s administration could find many more people seeking a better life in America by way of the southern border. A leaked internal document from the Customs and Border Protection agency projects that as many as 184,000 unaccompanied children could arrive at the United States-Mexico border by the end of September.