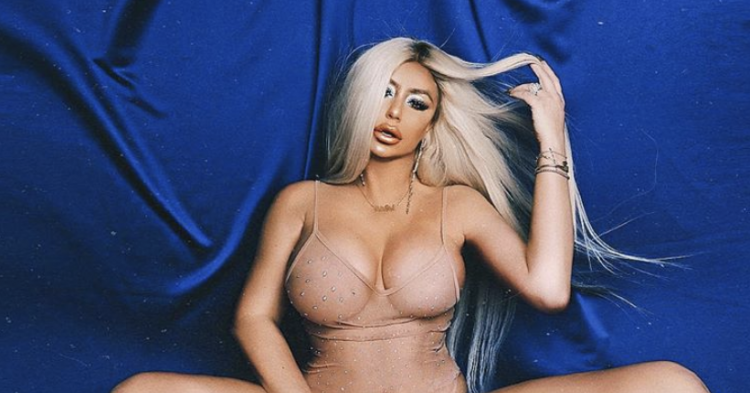 If you’ve been following the Instagram profile for Aubrey O’Day, then you’ve been sorely misled. An unedited photo of the singer in a bikini during a recent trip to a Holiday Hotel house in Palm Springs proves that her social media pictures have been altered dramatically. While some outlets claim that O’Day has shared “edited” images, others go so far as to say that her images have been deceiving fans entirely.

The image of O’Day, 36 that has burst her bubble was obtained by Daily Mail TV. The candid image shows the singer back during her trip to Palm Springs the week of August 24, 2020. She wore a black bikini and a baseball cap while wading in the pool at the hotel. 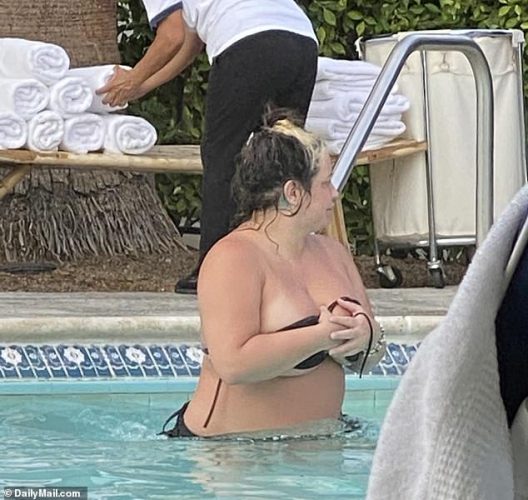 O’Day left no doubt that it was her in the hotel pool. She made sure other guests knew exactly who she was and where they could follow her on social media. The source even went so far as to tell Daily Mail TV that O’Day wanted everyone to know who she was. 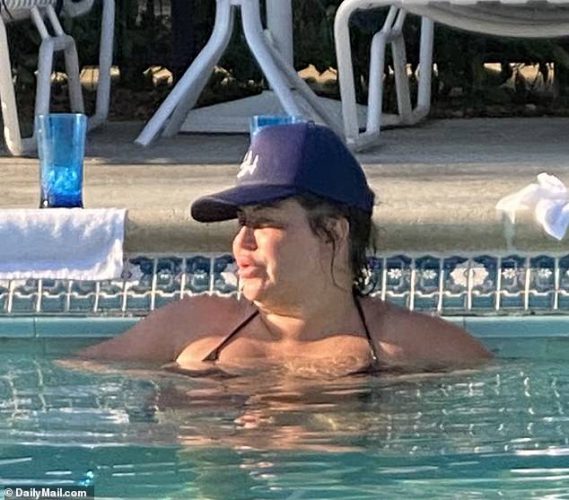 “She was telling other people and myself loudly her name, that she is a singer and a celebrity and that she was on Celebrity Apprentice and Big Brother,” a hotel guest told DailyMailTV.

Although O’Day shares some sexy images on Instagram, the candid snap of her in the Palm Springs pool seems to show that she doesn’t really look like the persona portrayed on social media.

“She was at the pool pretty much all day, every day and even when we were there at midnight for a night swim. She was alone the entire time and would spend hours on her phone scrolling and smiling at her phone,” the source added.

Last week, O’Day proclaimed certain images to be fake after they were circulated online. The images showed a version of O’Day that did not resemble her Instagram presence one bit. Now, these candid images make it very clear that she doesn’t like much like her Instagram photos. 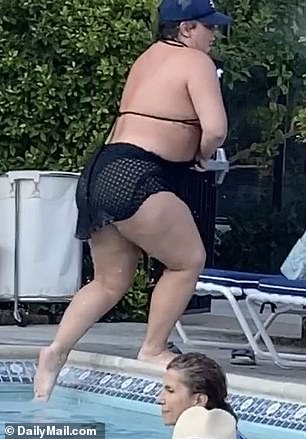 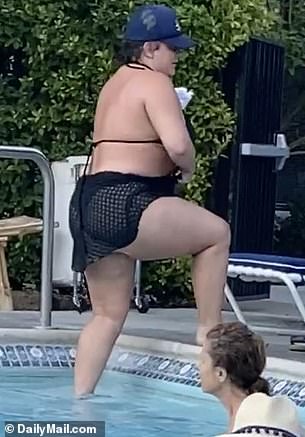 O’Day even hired a lawyer to come to her defense. She issued a statement declaring the images to be fake and then ranted on Twitter, showing off her more slender frame.

“Aubrey’s post speaks for itself,” her lawyer Ben Walter told Page Six. “The person in the paparazzi photos is not the same person in the picture that Aubrey shared on Instagram, in that the photo has been altered in an unflattering manner. It’s clear to see that there are noticeable differences between the two photos.”

The singer told the other hotel guests that she could never go swimming back home in West Hollywood because her photos “will end up on TMZ.” 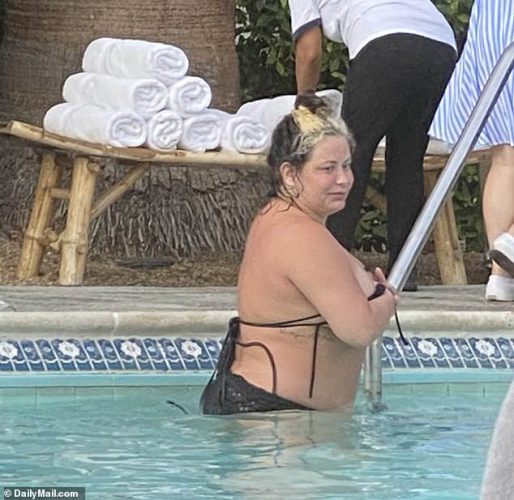 “Yet we all found it odd that she was bragging about who she was and wasn’t trying to be low key at all, while also tagging her location at the hotel,” the source added. “When I would look at her Instagram stories when we were there, she would post from the pool at night (not showing herself), and I could even hear my voice in the background. Yet shortly after, she would post what must be a completely old photo of herself pretending to be at the pool, but it was not the same location that we were actually at.”