It Turns Out The 6-Year-Old Boy Tied Up In His Grandmother’s Shed Was There For Weeks. 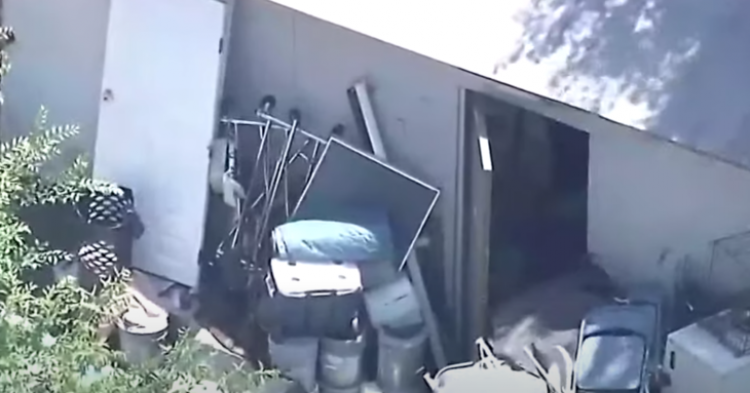 It was not a typical Mother’s Day in Dallas, Texas. On Sunday, May 10, 2020, a six-year-old boy was found tied up like a hog and locked away in a dingy shed on his grandmother’s property. Because the boy’s life was held in perilous condition, his grandmother, 53-year-old Esmeralda Lira, was arrested on child endangerment charges. But she was not the only suspect brought into jail – her boyfriend, 66-year-old Jose Balderas, also got booked for the crime – and both will be fighting an uphill legal battle to walk away from these devilish charges.

Both Lira and Balderas are being held in the Dallas County Jail. The boy’s state was discovered after someone called the police and asked them to perform a welfare check at the property. Although the police have not identified the source of the call – the person who alerted them to the possibility that the little six-year-old boy was being mistreated at the southeast Dallas home – the fact remained that the boy was terribly abused at the hands of his grandmother and her lover.

When police officers arrived at the property, they strolled to the back to find the shed where the boy was being held like a tied up pig. Footage showed that the shed was filled with debris and other junk. And when the cops looked deeper into the situation, they found another man living in the trash. He’s the one who told the police to look very carefully at the junk-pile shed because he knew that a little boy was locked away in there.

Police found the boy with his arms bound behind his back. He was terrified for his life – who knows what his grandmother and her lover were doing to him in the shed – but he was alive.

Paramedics evaluated the boy at the scene and confirmed that he did not have any injuries or issues that would make it necessary to transport him to the hospital. Further treatment was not needed. Instead, he was put into the caring custody of a member of the Texas Department of Family and Protective Services so he could go to a loving foster home.

The six-year-old boy was not the only child at the property. His seven-year-old sister and four-year-old brother were also removed from the “care” of their grandmother. However, the boy was the only one locked away in the shed like he was some kind of hostage.

The grandmother told police that tying the boy up in the shed was just an everyday form of punishment. She made it clear that this particular punishment was a one-time thing. But her boyfriend told the police otherwise. He admitted that the boy had been locked away in the shed for two-weeks by the time the cops finally learned about the horrific abuse.

When the boy sat down with the police and told his side of the story, it was clear that the abuse started much earlier than the grandmother was letting on. He said he was treated like a farm animal when he “got out of school for this corona thing.”