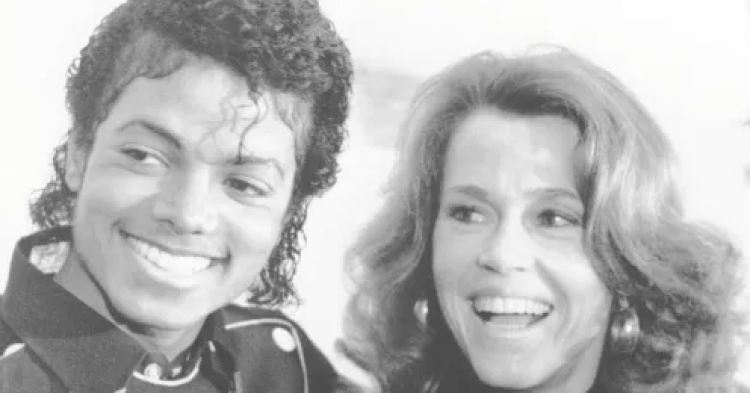 Although Jane Fonda has rubbed many people the wrong way over the years, she continues to be a treasure trove of gossip. The 82-year-old actress, who is the daughter of famed American Hollywood star Henry Fonda, spoke to TV host Andy Cohen on his show Watch What Happens Live. During her appearance on Cohen’s talk show, Fonda spoke about many different people she has come to know over the years, but the most interesting tidbit that she revealed to Cohen had to do with late popstar Michael Jackson.

Apparently, Fonda and Jackson lived together for one week while she was filming “On Golden Pond.” Not only did the pair get to spend a lot of time together during their days as roommates, but they also did something that Fonda recently told Cohen. She went skinny dipping with the late-great Michael Jackson.

Fonda told Cohen, “I found him touching, a very interesting character. I knew him well. I went to his house a lot. He came over to my house a lot. I skinny-dipped with him, how about that? Put that in your pipe and smoke it.”

During their one week together, Fonda slept in a bedroom in a loft upstairs while Jackson slept on a mattress that he pulled out into the living room. And while they slept only a few feet from each other during their time as roommates, Fonda will never forget how much fun she had with Jackson while the pair took off all their clothes and went jumping into the water for fun.

In another anecdote, Fonda tells Cohen that she once came upon Kim Kardashian from behind. She was seated with Gladys Knight on the floor at a Clive Davis pre-Grammy party when Fonda turned around and was struck by the sight of Kim Kardashian’s famous hourglass rump.

“I turned around to get up and right in my face was this shape. I thought, ‘That is the most amazing thing I have ever seen.’ And of course, it was Kim Kardashian.”

Fonda complimented Kardashian on her plump behind, and the pair had a great “content exchange” afterward. Although her encounter with Kim Kardashian West was rather short, it was impactful because she got an up-close-and-personal look at Kardashian’s famous backside while at the pre-Grammy party.

In an effort to shock even more of Cohen’s viewers, Fonda went on to list some of the famous men she had sex with. One of the most famous men she slept with was actor Marlon Brando, but he was apparently rather disappointing in the bedroom.

Cohen asked Fonda if she ever had relations or a relationship with the communist renegade Che Guevara. She denied that one. However, she did come forward to say that she wished she had followed up with Marvin Gaye, the late-great singer because he was apparently interested in a romance with her at the time.