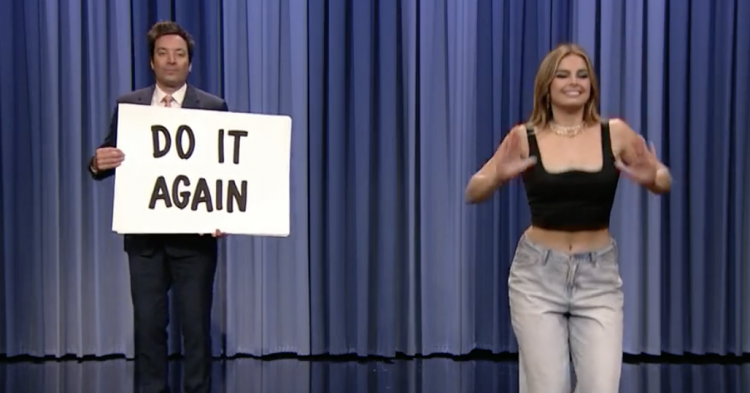 Although Jimmy Fallon thought a recent segment would make millions of people laugh, it seemed to make more than a few million cringe. Now, The Tonight Show with Jimmy Fallon has to regain many fans after Fallon invited TikTok star Addison Rae onto his program for a segment entitled “Addison Rae Teaches Jimmy Eight TikTok Dances.” During her appearance, the young TikTok star performed a series of dances that have all been popular on the Chinese-created social media app.

Unfortunately, Jimmy Fallon did not think through the consequences of employing a white woman to steal dance moves from lesser-known TikTok stars, many of whom are Black. Not only did Addison Rae co-opt the dance moves created by other TikTok users, but she and Fallon also failed to give credit to the dances’ creators, which sparked outrage among millions of people on TikTok and other social media platforms.

Most critics were upset because Fallon did not give credit to the people who created the dances. If Addison Rae had given credit to the dances’ creators, not so many people would have been outraged over the weekend.

Critics shared many comments addressed to Jimmy Fallon after he began promoting the Addison Rae segment on Twitter.

“Where are the black creators who made every single one of these dances at Jim??”

“Why didn’t you invite the original Black creators to show you and highlight them?”

“This would have been the perfect opportunity for you to lead by example and in giving Black creators their due credit. This opportunity could have been huge for them. But no, you chose to display a white girl who’s already got a damn career doing this shit. This sucks, do better.”

“Stealing from black entertainers and having white ‘creators’ regurgitate it to the masses is American history 101.”

“This is cringey. But what’s worse is that Addison has been catapulted to being the face of viral dances created by mostly black TikTokers.”

“If I choreographed a dance that went viral on TikTok & woke up one day to see Addison Rae doing it on Jimmy Fallon, I would simply light something on fire.”

One person compiled a list of the Black creators who made up the viral dances that Addison Rae performed on the late-night show.

“If people are wanting to know the creators of each:

Noah Schnapp – do it again

“The View” co-host Sunny Hostin shared her disappointment with Jimmy Fallon. She tweeted at Fallon on Monday after people had shared thousands of comments over the weekend and referred to Fallon’s choice to not credit the Black creators as “a miss.”

“Let’s give credit to the Black creators,” Hostin wrote.

Do you think Jimmy Fallon should have given credit to the people who created the viral dances?