Kathy Griffin Complains That She Is Now “Unemployable” After Bashing Trump : AWM

Kathy Griffin Complains That She Is Now “Unemployable” After Bashing Trump 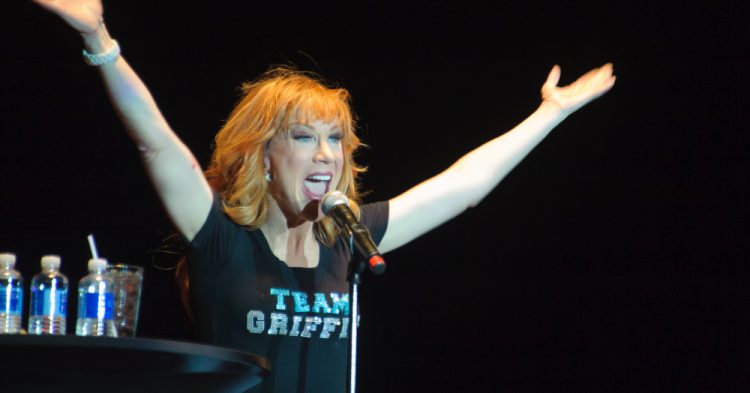 After Kathy Griffin held up a bloodied, severed head that was meant to look like it once belonged to Donald Trump, she found herself in dire straits. Because the incident was deemed “wrong” by people on both sides of the political aisle, she lost her job and was banned from continuing her long-standing tradition of working alongside Anderson Cooper for the special event.

Now Griffin is coming forward to complain about the mistake she made back in 2017 when she held up the bloodied replica of Trump’s head in front of a camera. She admits that she is now “unemployable and uninsurable.” Not only has she struggled to find reliable work, but she’s also faced threats from Trump’s supporters and was even threatened at knife-point by a man angry at what she did. 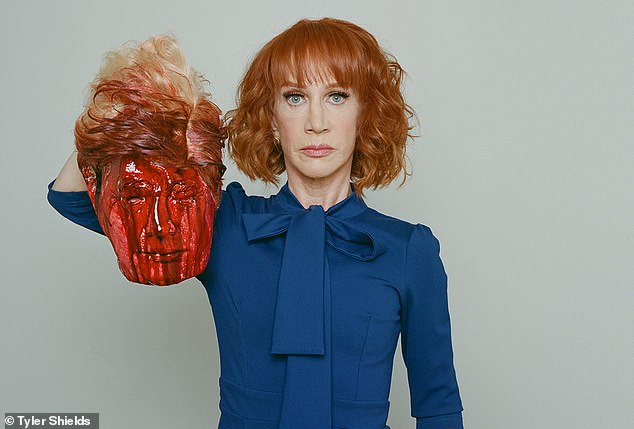 When the backlash was fresh, Griffin apologized for the image. However, she soon reversed the apology and now stands by the image, claiming it is an example of free speech.

Now Griffin is fighting back again. She’s intent on making her way back into Hollywood even if she is considered “damaged goods.” She released a video of herself, which was partly shot from her iPhone at the height of the scandal, and hopes that it can share part of her story about what happened and why she did what she did.

Because of the incident, Griffin had to purchase metal detectors to protect herself from people who were outraged at her.

She said that “there were all kinds of incidents. A guy came at me with a knife in Houston.”

Because of the image, Trump’s federal agents started investigating the two-time Emmy Winner. They were trying to decide whether or not she was a true threat or if she was just used her free speech. They concluded that Griffin was not a threat.

While being “interrogated under oath,” she was put on a no-fly list, “which has never happened in the history of this country.”

She added, “The President and the Department of Justice shouldn’t make you unemployable and uninsurable. I’m still on the D-list.”

The photographer behind the bloodied head was Tyler Shields. Griffin captioned the controversial image with an allusion to Trump’s insult of Megyn Kelly, “blood coming out of his wherever.”

Although Griffin meant the image to be a play on Trump’s controversial remarks about Kelly’s menstrual periods, the public saw it as an image of Trump’s death.

President Trump said that Griffin “should be ashamed of herself.” He added that the image was “sick” and claimed his son was “having a hard time with this.”

Do you think Griffin will ever make a comeback?