Kelly Ripa Tells Star Of Show, “It Disgusts Me” On Nationwide TV 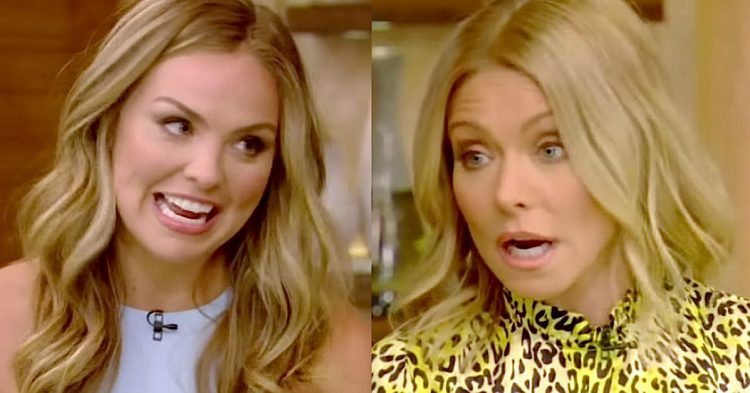 When it comes to television shows like The Bachelor, The Bachelorette, or similar reality television shows, you either love them or you hate them. And Kelly Ripa has finally put her foot in the sand and declared that she absolutely loathes those lurid shows. Because there have been twenty-three seasons of The Bachelor, Kelly Ripa has had plenty of time to form her opinion, and has decided to come out and admit it to all her views finally – she thinks the reality television program and all of the hyper-sexualized ones like it are a “gross, gross show.”

Kelly Ripa is the co-host of the talk show Live with Kelly and Ryan and finally came forward to admit that she despises the bachelor and what it stands for – the cardinal sins of greed and lust.

“Guys, you know how I feel about this show,” Kelly told the audience. “It disgusts me. And I thought that I was disgusted because I couldn’t stand the idea of 25 exceptional women fighting over one ordinary fella, in my opinion.”

Because Kelly Ripa ripped into the television show, her comments launched a Twitter feud between her and the creator of the reality show, Mike Fleiss. Because the contestants on the show and the producers are hitting back with as much force as they can muster, they’re trying to discredit Ripa and make her seem “out of touch” with America.

Fleiss even went to far as to threaten to take away Ripa’s job.

Nevertheless, other celebrities are rushing to join the feud and get some time in the spotlight. Among the most vocal in favor of Kelly Ripa’s view of the reality show is actor Ellen Pompeo.

“Okay (Fleiss),” Pompeo wrote. “Your show does NOT pay Kelly Ripa’s salary. Also, we don’t attack successful women on our network, and men certainly cannot take credit for their success. Don’t get me started on your show cuz I’m a savage….#bachelorsoooowhite.”

The day following Kelly’s comments, the new star of The Bachelorette, 26-year-old Hannah Brown, came onto Live with Kelly and Ryan and decided to use the opportunity to set things straight with the talk show host.

When ripping into The Bachelor, Ripa addressed the women in the audience to get them onto her side of the argument before anyone else could convince them.

“Do you know how I feel, ladies?” Ripa asked her audience. “We are too special to be arguing over a guy.”

Ryan Seacrest tried to lighten the mood and remind Ripa that people still watch the show and adore it.

Ripa said, “Having said that, all you women watch that gross, gross show.”

When Brown met Ripa, the talk show host did not hold back the punches.

“I don’t know if they’ve told you backstage, I’m not behind this at all,” she told Brown. “You seem like a lovely girl—you blink twice. I will get you out of here.”

Brown then told Ripa something she will never forget.

“Like you, I didn’t really follow the show, wasn’t a big fan,” Brown told Ripa. “But, being a part of the show, it’s not women fighting against each other. Really, some of my best friends came from the show and were really supportive. When you have a group of 30 people together, there’s going to be people who don’t like each other. That’s simple facts. But ultimately, it was one of the most empowering things I have ever done because I had to push myself and grow, and I did.”