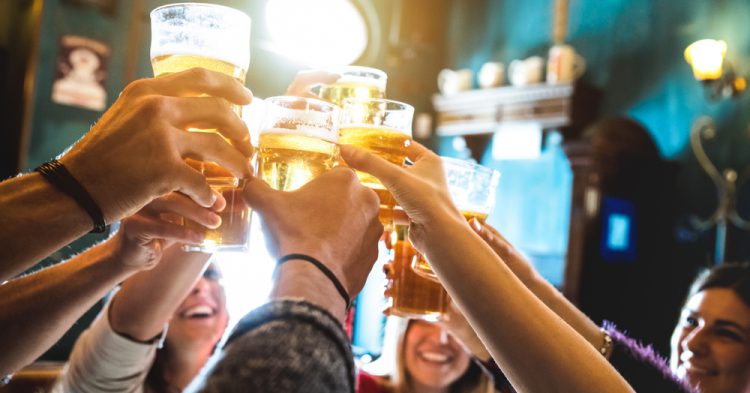 America needs more teachers. These wonderful professionals make it their lives’ work to help educate the next generation of leaders who will inherit the country. Teachers are also put under enormous pressure to get their students to perform during statewide testing. It’s not uncommon for teachers to find ways to relax and unwind while outside the classroom, which explains why one kindergarten teacher was out drinking with friends when she was “caught” by two moms.

A 27-year-old kindergarten teacher recently turned to Reddit to explain her situation. She was out grabbing drinks with two friends to celebrate her birthday when two moms of her students noticed her at the bar. Because the moms wanted their children’s teacher to be a good role model, they were disappointed to see the kindergarten teacher out drinking with friends to celebrate her birthday.

The teacher opened up about the horrible experience on Reddit.

“I’m a kindergarten teacher. I teach in-person classes that are socially distanced, as well as online classes. Last weekend was my (27f) birthday. I went to a restaurant with a couple of friends for outdoor dining. While we were there, two moms came in with their children and were seated behind me. I recognize them as students in my in-person class. They say hi to me, and I say hi back, but then don’t interact further.”

The teacher insisted that she and her friends weren’t doing anything out of the ordinary or inappropriate.

“Through dinner, I’m just enjoying my time with my friends. I have a few glasses of wine and get a little tipsy (not rowdy or obnoxious or anything). I’m conversing normally with my friends, occasionally using cuss words. Not excessively, just the way some people would in everyday conversation. Maybe a little more than I would have if I were not tipsy, but again, I’m not speaking loudly or anything. Just having normal conversations with my friends.”

One of the moms was outraged that she “caught” the kindergarten teacher behaving like an adult.

“One of the moms then comes over to me and reminds me that my students were there and that I shouldn’t be drinking and cursing in front of them. Since I’m their teacher, it was my job to set a good example for them. I just told her I was off the clock and that if it was bothering her, she could move or stop listening to me. She got all huffy, and they soon left.”

Things didn’t turn out well for the teacher.

“Earlier this week, I was called down by the principal who was with that mom in his office. She was angry and complained that I was setting a bad example for my students. And now her daughter was using some of the same words I was using, saying that if her teacher can say it, so can she. He asked for my side of the story, and I just explained exactly what happened. Given that she verified my story, he told her that I was not their teacher at the time, and since I wasn’t doing anything wrong, they couldn’t control my behavior off the clock.”

The principal had the teacher’s back.

“She protested a bit but eventually left but called me a terrible teacher. I thanked the principal for backing me up, but then he suggested maybe that one time I should have just stopped drinking and using foul language. I really didn’t think this was a problem since I wasn’t acting out. Just talking casually and enjoying a couple of glasses of wine. But am I really the [expletive] for drinking and using foul language in front of my students while off the clock?”