Kraft Had To Pull This Advertisement After Too Many Moms Complained 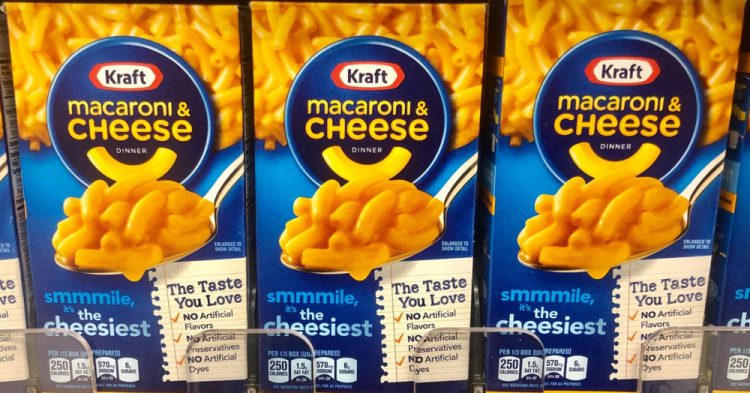 It’s only been about a year since Robert Kraft was caught with his pants down in a Florida massage parlor. Now, Kraft has launched a “Send Noods” campaign, which has been a source of major backlash from moms everywhere. Because Kraft wanted to come up with a fun and creative advertising campaign to engage people during the global pandemic, they figured that they’d create something to rile up their base and get more people to make Kraft macaroni and cheese for their children’s dinners – but it might have hurt sales.

Kraft created their #SendNoods campaign in early October. The idea behind it was simple. The company allowed customers to send a friend or family member a free box of macaroni and cheese (or a coupon for a free box). However, the name of the promotion – and the fact that Kraft alluded to sexual images and acts – outraged many longtime fans of the dinner item.

“In these strange times, people are in need of extra comfort. That’s why it’s always a nice gesture to send noods, so they know you’re thinking of them,” Saturday Night Live’s Vanessa Bayer said in the video promoting the new campaign. “Noods, I mean. Not nudes.”

The campaign launched right on time for National Noodle Day, which was hosted on October 6 this year.

Although the phrase is a bit racy, Send Noods is not new. The term, which is something that people have worn on T-shirts for the past few years, has been a popular term in the noodle-loving community.

But Kraft’s conservative base was not happy to have the brand “sexualize” the cheesy dish. Since Kraft is known as a “family company,” moms were outraged by the campaign.

Many moms even went so far as to launch a boycott of Kraft’s and switch over to competitor brands.

“This is not okay. Don’t you realize that a huge portion of the people who actually eat your mac n’ cheese are children?!” one commenter wrote on an Instagram post that Kraft has not shamefully deleted. “Please delete this!! Unacceptable! Switching over to Annie’s organics.”

Another mom wrote the following on another post that Kraft also deleted regarding their Send Noods campaign. “Stop, stop, stop!!!! Listen to all of these moms!! We are your customers!!!”

Although many moms were devastated that Kraft would make a sexual joke regarding their popular dinner-time item, other people loved the idea. Because the basic premise behind the campaign was to send a box of Kraft mac and cheese to a loved one, many people jumped aboard the train while it was in the station.

A representative for Kraft Heinz said in a statement emailed to TODAY Food proclaiming that people should not take it so seriously.

“For National Noodle Day last Tuesday, we encouraged adults to send free noodles to loved ones to provide comfort and make them smile. The social promotion resulted in over 20,000 consumers across the country receiving boxes of America’s favorite Kraft Mac and Cheese. We sincerely appreciate and hear all of your feedback. The content will be removed from our channels.”

Although moms were outraged, it seems Kraft still benefited from the promotion and all the publicity it received.