Little Boy Commits Suicide After Years Of Bullying At School. Now His Parents Are Suing 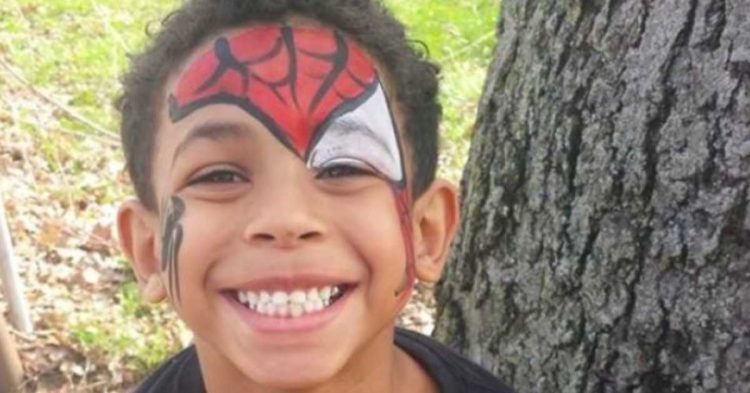 For years, the parents of Gabriel Taye, 8, confronted his school about the bullying problem. Although his parents asked for support, the Cincinnati, Ohio school did not respond to the problem. In 2017, the eight-year-old boy committed suicide because he could no longer endure the bullying he was forced to endure every day at school despite his parents asking teachers and administrators to step in on behalf of their son.

Since the death of their son, parents Cornelia Reynolds and Benyam Tate have filed a lawsuit against the school for neglecting to deal with the bullying problem. Now, the 6th United States Circuit Court Appeals has granted the parents the ability to take Carson Elementary to court on charges of “reckless behavior” for failing to protect the third-grader from the abusive bullies at the school.

The bullying began three years before Taye committed suicide. He was only beginning first grade at Carson Elementary when the bullies targeted him. Over the years, the bullying grew worse and including physical beatings. Teachers would apparently turn the other way as bullies assaulted Gabriel, punching and kicking him on campus. But things became too bad to ignore on January 24, 2017, when the bullies knocked Gabriel unconscious by throwing him against a bathroom wall and leaving him on the dirty floor.

The attack left Gabriel unconscious and vulnerable for seven minutes. Students passed his unconscious body and mocked him as they passed.

School officials did not respond to the situation – no 911 call was placed – and they didn’t bother notifying Gabriel’s parents for at least an hour. When they finally got around to calling, the school lied and told Gabriel’s mom that he “fainted” and that his “vitals were fine” now.

However, surveillance footage shows the bullies celebrating after they knocked Gabriel unconscious. Eventually, Assistant Principal Jeffrey McKenzie found Gabriel’s unconscious body. Instead of doing something, the footage shows McKenzie “just standing there waiting for other people to come.” He never checked the boy to make sure he was breathing.

Gabriel’s mom asked him what happened. Gabriel had lost all memory of the attack and only remembered “falling” and hurting his stomach. Because he probably endured a concussion, Gabriel vomited, which prompted his mom to take him to the hospital. She brought him back to school two days after the assault, which the lawsuit stated was a “decision she would never have made if she had only known about the attack.”

The bullying became worse after the assault.

The lawsuit claims that school officials “covered up” the violence and lied about it to parents.

“Had Gabe’s parents known the dangers Gabe faced at Carson, they would not have continued to send him to school there,” the lawsuit states.

Judge Bernice Bouie Donald wrote that the school “prevented Taye’s parents from fully understanding Taye’s horrifying experience at Carson Elementary until it was too late.”

Now Gabriel’s parents want the school to pay for what they did to their wonderful little boy.