Little Boy Rushed To The Emergency Room After Swallowing 27 Magnets 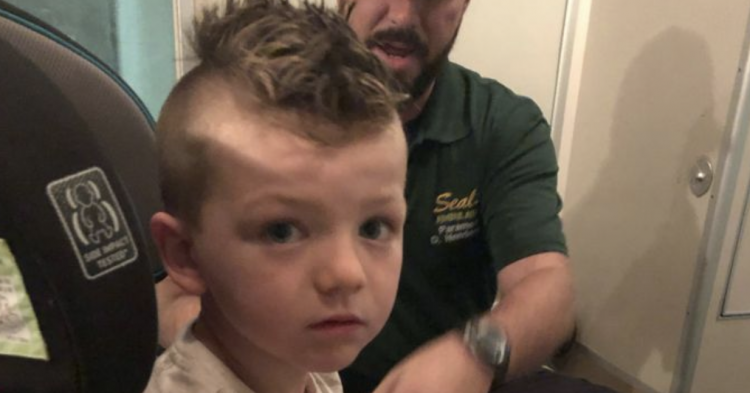 Justin MacNair was put in charge of his four-year-old stepson, Peyton. Things were going great until MacNair had to leave the room for a while. He put the boy in front of the television and told him to behave himself. Then he left the little boy to his own devices. However, MacNair soon heard his stepson (who has autism) crying, and when he rushed back to see what had happened, Peyton complained that he swallowed something that had gotten stuck in his throat.

MacNair found his wife, Jessica, and looked into the issue together. While MacNair held Peyton steady, Jessica peered into the boy’s mouth with the help of a flashlight. That’s when she realized that her son’s life was on the line. 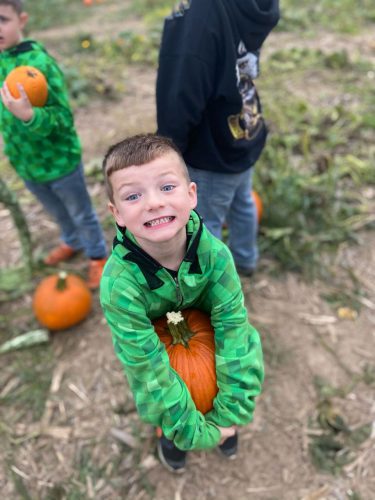 “I looked in the back of his throat and saw two magnets stuck together, one on each side of his uvula,” Jessica told TODAY. However, the rest of the magnets were missing. The boy had a set that included dozens of the magnetic balls, which are advertised as a choking hazard on the box.

As a science teacher from Greenwood, Indiana, Jessica, 30, has a lot of experience dealing with children. However, she had never seen anything this alarming before. Once she and MacNair realized that Peyton had eaten all the magnets in his set, they rushed him to the nearest emergency room.

“He already had the two in his throat, and there is a good chance he swallowed more than one, and I knew that it was trouble,” she said. “They could tear through tissue and the body.” 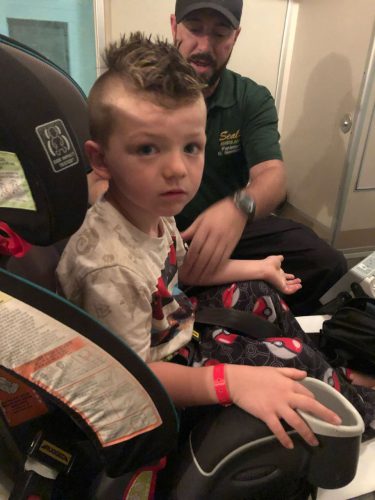 Most people realize that young children Peyton’s age are at risk of swallowing small objects. However, MacNair wants his story to remind people that children can swallow small things in a matter of seconds if a parent or adult is not supervising them at all times.

“Most people don’t realize the dangers of swallowing magnets,” Petyon’s mother said. “It can happen to anyone, and it can happen in a split second.”

The incident occurred last September. Peyton had been playing magnets with his older brother and his stepfather. Both of them left the autistic child alone for a few minutes, which was long enough for Petyon to swallow the long “snake” of magnets.

At the emergency room, doctors ordered an X-ray and confirmed that Peyton had swallowed dozens of magnets. Twenty-five of them had dropped into his stomach while the remaining two were stuck around his uvula. If doctors did not act quickly, Peyton could die. 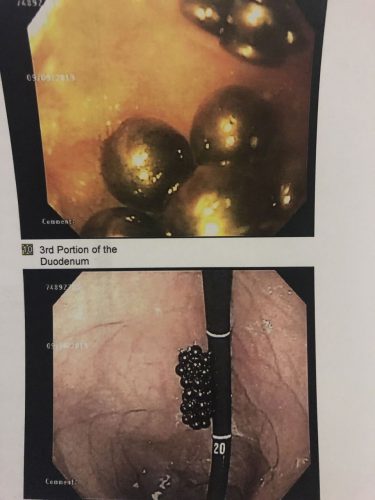 “It would be very easy for some magnets to be pushed (into the small bowel) and separated from the others,” she said. “That is when the others would be attracted and (magnetize) through the tissue.”

Dr. Michael Foreman, a gastroenterologist, took on Peyton as a patient. He agreed with the boy’s mother that the child’s life was in danger.

“These neodymium magnets, even if they are small, they can be really powerful. The size does not have anything to do with how powerful they are,” he told TODAY. “They have a strong pull. They can end up giving you a hole in your bowel, and that is the worst-case scenario. That can be devastating and result in surgery or resection.”

Thankfully, Peyton was saved. Now, MacNair wants you to know the dangers of magnets.