Man Ate At Waffle House For 6 Hours. When The Bill Came, His Waitress Broke Down In Tears 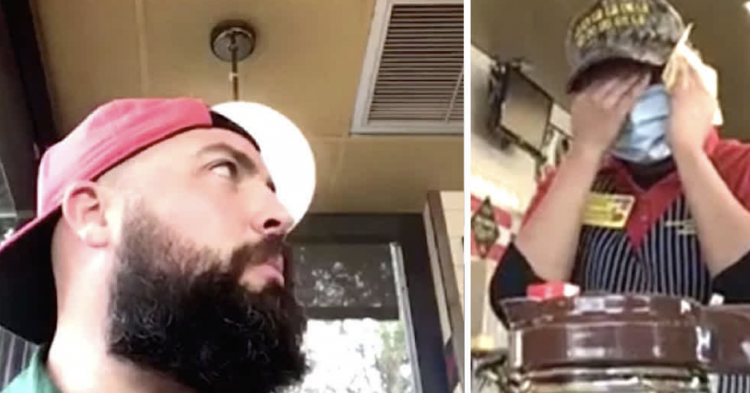 Michael Carsley and his friends made a bet during their fantasy football season. The player who came in last place would have to eat waffles – literally. The bet went like this. Whoever lost the season would have to go to their local Waffle House restaurant for twenty-four hours. Every waffle the loser ate would cut off an hour they were required to stay inside the establishment.

The bet was supposed to be a sort of punishment. Not everyone wants to spend an entire day of their life locked up in a Waffle House restaurant. When Carsley came in last place during his fantasy football season, he bit the bullet and went to the closest Waffle House to his home in Chamblee, Georgia.

Because Carsley is a man of his word, he committed to the bet. He would stay inside the restaurant for twenty-four hours minus an hour for every waffle he consumed. And because he did not want to spend the rest of his life in the breakfast restaurant, he would eat as many waffles as he could. But he decided to take the challenge one step further. Instead of eating his waffles in silence, he decided to broadcast the challenge on social media for all of his friends and acquaintances to see.

In the end, Carsley ate eighteen waffles and had to spend six hours in the restaurant. The bill came to $50 for waffles and was perhaps the most difficult experience of his life, he said. The one-man eating contest was lonely and difficult but was made so much better because of the kind waitress who served him his meals.

The server did not know, but Carsley was not just eating waffles and live-streaming his experience. He was also hosting a live fundraiser for the hard-working server. By the end of his six-hour stint in the Georgia Waffle House, Carsley had collected a staggering $1,000 that he was prepared to hand over to the waitress as a gesture of kindness.

In the video report below, you’ll see that Carsley was able to give the server a staggering $1,040 tip on a $49.58 bill, which amounted to a total of $1,089.59. Because viewers of his live stream wanted to give back to the Waffle House server, the money they contributed went directly to the generous tip. With the help of his friends, Carsley was able to make the server’s week, giving her some extra cash during an extremely difficult time for restaurant workers.

The server was so happy to receive the staggering amount of money from the generous donors via the live stream. She was in utter shock that she had been given such a large tip from the young man who was sent into the Waffle House restaurant to eat his way to freedom.

The gesture meant so much to the server that she shed a few tears. The video caught her covering her face as the fact sunk in that she had been handed a $1,040 tip from a fantasy football fan.

What do you think about this man’s generosity during the height of the pandemic?