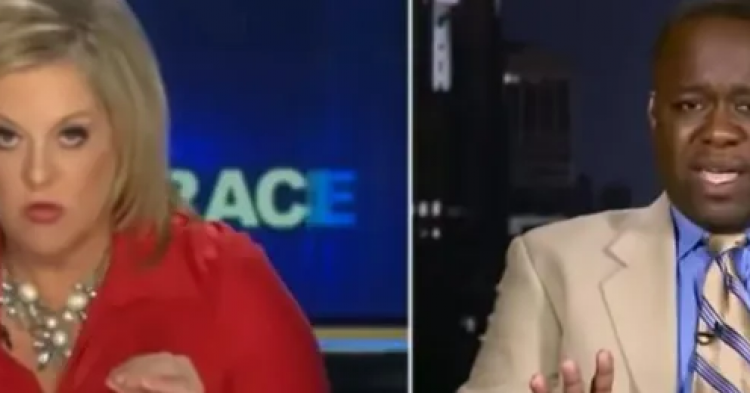 HLN TV news anchor Nancy Grace invited a man named Charle Bothuell IV onto her show. The father explained that his son was missing from his family’s home for the first week and a half of 2014. In an effort to get America to help find his son, the hashtag #FindCharlie began floating around. As it turned out, Charles’s son was hiding in plain sight by lurking in the family’s basement in the family home.

While Charles was appearing on the HLN TV news report, Nancy Grace received a notice that there was a break in the case for Charles’s missing son. Nancy received a message from her producers reporting that Charles’s young boy was found in the family’s basement where he had been hiding out from everyone for eleven days straight.

“We’re getting reports that your son has been found in your basement,” Nancy said on the air while speaking to the boy’s father. When she delivered this breaking news statement to the man who was looking for his son. A long silence followed that was very awkward since Charles had been looking for his missing son but the boy had simply been hiding in the family’s basement.

“Have you checked your cellphone?” asked Nancy.

Charles explained that his cellphone battery had died on his way to the television set.

Nancy then explained to Charles IV and everyone watching that the police chief was heading to the man’s home to survey the scene. And as it turned out, Charles IV looked more worried than relieved that the news of his son’s discovery was made.

Reporters followed Charles IV home and interviewed the missing son Charles V. The boy explained that he was never missing. He said that he was simply hiding in the basement from his father and his stepmother, Monique Dillard-Bothuell because the pair were abusers.

Charles V explained that he was terrified of his father who had beaten him with a PVC pipe. After his discovery in the basement, authorities took a look at Charles V to look for injuries to his young body. They found evidence that he had been beaten by his father.

Charles IV lost custody of his son and was sent to anger management. He also received eighteen months of probation.