Meet The Woman Who Wants To Gain 150 More Pounds Before Her Wedding Day : AWM 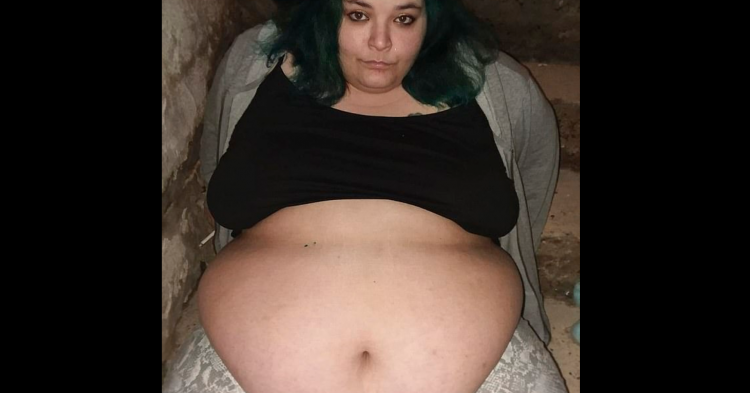 Although Jessica Wilson, 26, weighs more than 450 pounds, her fiancé loves her for it. Not only does he love her just the way she is, but he also wants her to increase her weight to 600 pounds. That’s why the West Chester, Pennsylvania woman’s fiancé, encourages her to eat about 10,000 calories per day. Wilson met 34-year-old Eric Buddenhagen online while she was searching for someone to become her “feeder,” which is a fetish that Buddenhagen was interested in.

He was simultaneously on the hunt for a “larger woman that he could overfeed.” The pair met for a date at a pizza shop in August 2019. Although it’s only been a few months since their romance began, they want to be together indefinitely. During that first day, the pair devoured pizza and played video games. Eventually, Jessica confessed her desire to gain 140 pounds more so she could reach her “goal weight” of 600 pounds. Buddenhagen loved the idea. 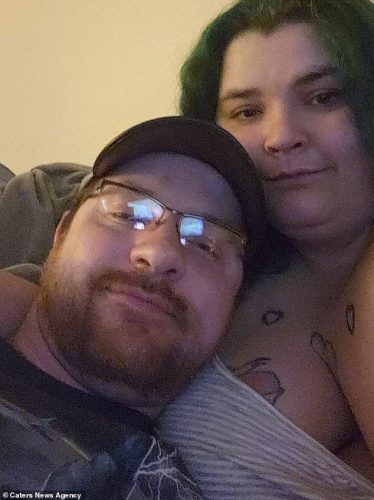 A month after their first date, the couple enjoyed regular “stuffing” days. Buddenhagen would encourage Wilson to consume up to 10,000 calories on these days, feeding her to the brink of exhaustion.

Buddenhagen works as a customer service manager. He proposed to Wilson in December after he hid the engagement ring in an ice cream sundae. 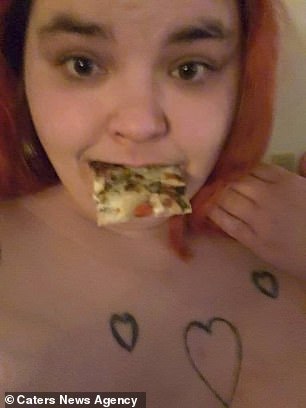 The couple hopes to achieve Wilson’s goal weight before they get married later this year. When they’re married, they hope to continue their feeding fetish together and go on the journey as a family.

“We met on a website that is for people in the feeder community,” Wilson said. “I was initially looking for a feeder and someone who loves bigger women, but I never expected to find a fiancé. It was really love at first sight, and initially, we were more interested in getting to know each other than we were in me gaining weight. We didn’t start our feeder and feedee relationship until roughly one month later.”

Twice per week, Buddenhagen and Wilson get together for their “stuffing” ceremony. 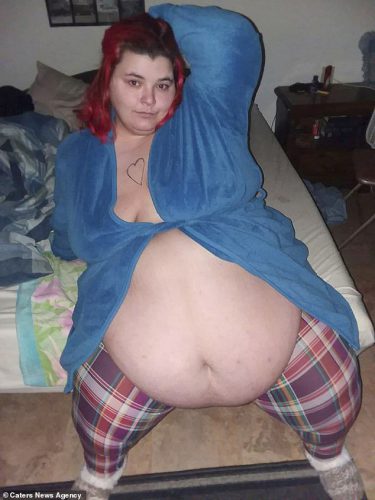 “On a normal day, I eat 5,000 calories, but on a ‘stuffing’ day, which we do twice a week, I can eat up to 10,000 calories. On a stuffing day, Eric will take me to a buffet and will order me different foods throughout the day to see my stomach swell. And whilst I’m eating he’ll rub my belly and give me words of encouragement. We have completely different bodies. Eric is six feet and 190 pounds. Meanwhile, I’m five feet five inches and 450 pounds. But he finds my belly sexy. Our goal is for me to reach 600 pounds, and we are hoping that, alongside getting married this year, that weight will be reached.”

Although Wilson is morbidly obese, she claims she feels “healthy.” 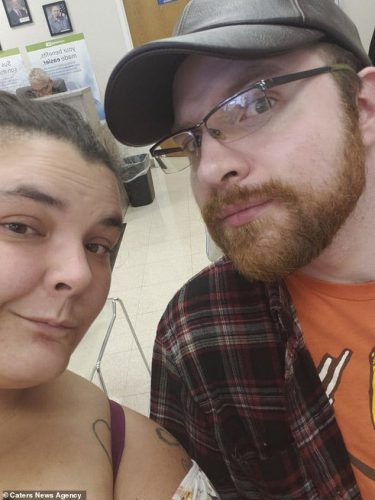 “I have been told I’m fat and unhealthy my entire life from friends and strangers. But every doctor I’ve ever visited is shocked about how healthy I truly am. No health issues at all.”

What do you think about this couple’s unique relationship? Do you think it is as healthy as she claims?