Megan Rapinoe Refuses To See Trump, But The Team Is Going To Visit This Politician Instead 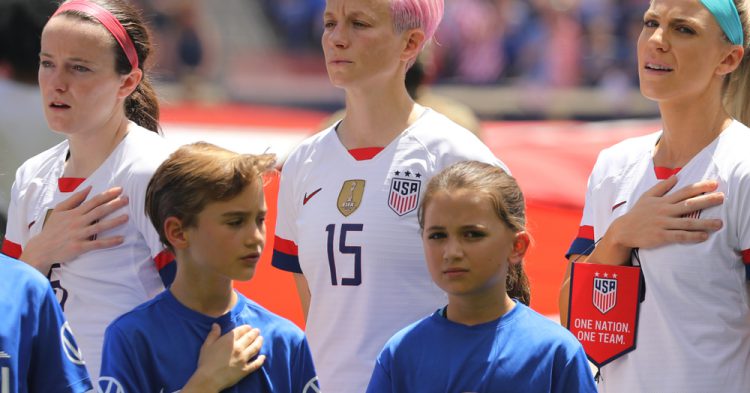 After Team USA won the Women’s World Cup, all the leaders in the United States government want to invite the players to visit them in Washington D.C. Nevertheless, the team captain Megan Rapinoe vocally rejected President Trump’s offer to visit him in the White House. However, a few days later, Rapinoe graciously would “happily accept” Democratic Senate Minority Leader Chuck Schumer’s invitation to the Capitol.

Although Rapinoe has stirred the pot after rejecting Trump, she has proven that she is a sports star to be reckoned with. She earned the World Cup’s most valuable player award and is certainly a vocal critic for the liberal agenda. That’s why she was more than happy to accept Senator Schumer’s invitation but was not interested in visiting Trump in the White House. 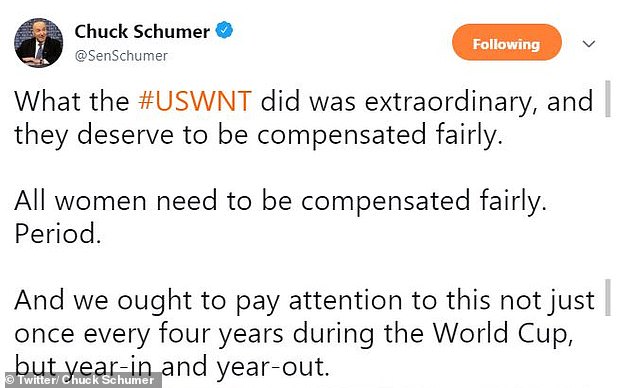 During a press conference before the team won the World Cup, Rapinoe famously said, “I’m not going to the f***ing White House.” Although she apologized for using the curse word after the incident, she refused to apologize for rejecting Trump’s invitation.

Since Team USA won the World Cup, Trump has not formally sent an invitation to the team to meet him at the White House. Perhaps, he does not want to be formally rejected or has fears that the team doesn’t like him. This lack of an invitation comes after Trump promised to invite the team to the White House “win or lose” despite the foul language Rapinoe used to describe her visit to him in D.C.

Not long after inviting the women of Team USA to visit him in the Senate, Chuck Schumer introduced legislation aimed at securing equal pay for women. He said, “all women need to be compensated fairly.”

On Monday, Schumer addressed the Senate floor, “And, while today we celebrate their victory, we also recognize that these women, these athletes, have challenges and they make us really think about the future of women’s sports. They make us grapple with the deep unfairness in how female athletes are treated, and paid, compared to their male counterparts.”

When asked about Schumer’s invitation to visit him in Washington D.C., Rapinoe told reporters that she is “very happy” to accept. She wants the opportunity to talk to Schumer on Capitol Hill about the equal pay legislation.

In an interview with Fox News, she said: “That’s great. I love that. Interested to see what McConnell does. Thank you, Chuck Schumer, for inviting us out. We are very happy to accept your invitation to come.”

Although Trump promised to invite the champions to the White House “win or lose,” the administration has been silent on the issue since Team USA crushed the Netherlands 2-0.

Although Trump might extend an invitation, it could take months before the aides pick a date that works for both the players and the President.