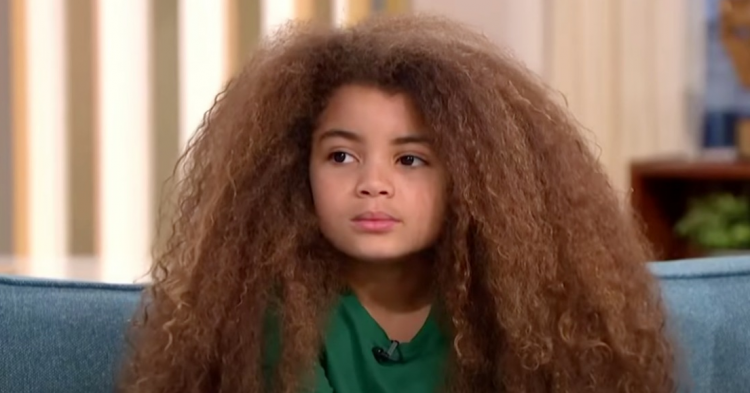 Farouk James doesn’t look like the kind of kid you’d think would get in trouble in school. He’s a kind, eight-year-old boy with a big heart and a lot of love to give to those around him. However, his school has launched an attack on James and has kicked him out of the educational program because the boy has long hair. His mother was shocked to learn that her little boy was not allowed to get his education because his hair was big and broke the school’s old rules.

Should someone’s hair really prevent them from advancing in today’s society? For Farouk James, that is the case. Because this boy has hair that does not abide by gender stereotypes, he was prevented from receiving his education. Now his mother is on a crusade to get the school to update its out-of-date policy so her son can learn alongside his friends in class.

In addition to pursuing his education, Farouk has launched a career as a child model. Although he is only eight years old, he has amassed hundreds of thousands of followers on Instagram because his waist-length hair is so amazing. However, his mother, Bonnie, fears that Farouk may be forced to chop off all of his gorgeous hair because somehow it goes against the rules at his United Kingdom school.

Bonnie James is a strong believer in following your dreams, and she will not allow her son’s hair to hold him back from achieving his goals. She has already started making steps toward changing the school’s policy so that boys like Farouk can get an education without having their hair affect them negatively.

With such important work being done, Farouk and his mother have been honored with the ‘People’s Award for Courage’ by L’Oreal Paris UK. This is a huge achievement not only for James but also for children who might be dealing with similar issues at school.

Although it has taken some time to get this issue resolved, Bonnie James remains optimistic that things will work out. She knows her son is an intelligent boy who wants to learn, and she does not want his hair to hold him back from living the life he deserves.

Will Farouk James be able to continue receiving his education? Or will he have to do something drastic with his waist-length, gorgeous mane of hair in order to get his education? We will have to see what the future holds for this little boy, and we hope he can continue doing what he loves: following his dreams.

One of the schools that refused to enroll Farouk in classes was The London Oratory School. Although Bonnie’s other child, her 23-year-old son, attended the school when he was Farouk’s age, the institution refuses to let Farouk rock his long hair in class.

As it turned out, the London Oratory School had a problem with her other son’s hair when he was taking classes there. They warned Bonnie that she had cut the boy’s hair “too short.” Now her younger son is prevented from learning because his hair is “too long.”

“We’re getting a real team together and calling it the Mane Generation,” Bonnie said. “We’re going to fight this until these rules get changed. And it’s globally, not just domestically in the U.K.”