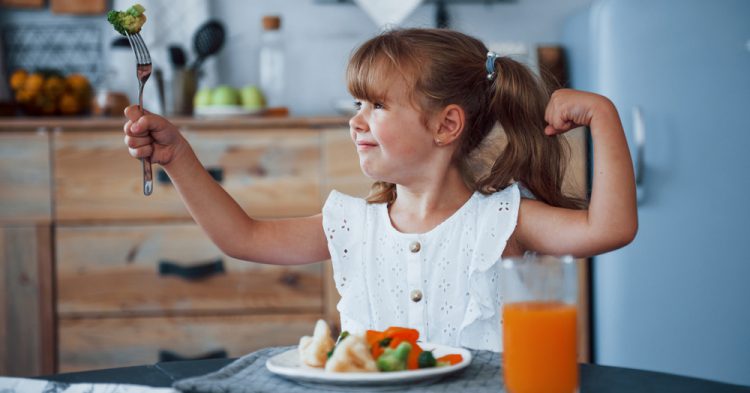 One babysitter is turning to a community on the internet to see who is the crazy one after a mom threatened to sue for “emotional damage” after she accidentally fed the children chicken nuggets. Because the mother practices a vegetarian lifestyle, she wants her children to avoid eating meat products. However, the babysitter accidentally fed the children in her care chicken in the form of nuggets and met the ire of the mother.

“I 19f put up an ad for babysitting and have babysat lots of different families children and have been babysitting for two years,” she explained in her post, which has since been deleted from Reddit. “This new family asked me to babysit their two children. They were really well-behaved kids.”

In the post, the babysitter explained that the children she had to care for were a 9-year-old boy and a 7-year-old girl.

Because the children were so well behaved, the babysitter decided she would treat the children to a nice meal. She wanted them to like her and figured that she could “bribe” them with food.

“When I asked what they wanted to eat, they asked for chicken nugget happy meals. Since they were so well behaved, I decided to buy them the happy meals they wanted,” the babysitter wrote.

The children seemed delighted by the chicken nugget meal from the fast-food restaurant. However, their mother was furious when she later found out that the babysitter had fed the little children meat product.

“The problem with that is they are vegetarian, which their mom had not told me. If I had been aware, I would not have fed them meat. I had babysat for vegetarians before and made sure to respect their vegetarian diet and didn’t even eat meat while babysitting for the families.”

Mom discovered the children were eating chicken because she came home early and caught them in the middle of the meal.

“The mom came home early and seen her children eating chicken nuggets. She literally ripped the nuggets out of their hands,” she wrote. “She started screaming that I’m horrible for allowing her children to eat dead corpses and yelling at her children for eating the meat.”

Both children were old enough to know that they weren’t supposed to eat meat. The babysitter never knew about this dietary restriction.

Mom blew a gasket and kicked the babysitter out of the house without paying her.

“She kicked me out without paying me and then later texted me saying that I need to pay her 300 dollars for each kid for the emotional damage I have caused them,” the babysitter explained.

The vegetarian mom was so angry with the babysitter that she threatened to “take me to court” if she didn’t fork over $600 for “emotional damage.”

“I refused to pay the money and told her that she should’ve told me that she was vegetarian, and I would’ve made sure to completely respect her family diet choice, and since she didn’t tell me, it’s not my fault,” she wrote.

Do you think the babysitter should have paid for “emotional damage,” or should mom have explained their vegetarian diet?