Mom Forces Daughter To Take Pregnancy Test With Her, But They Are Shocked At The Results 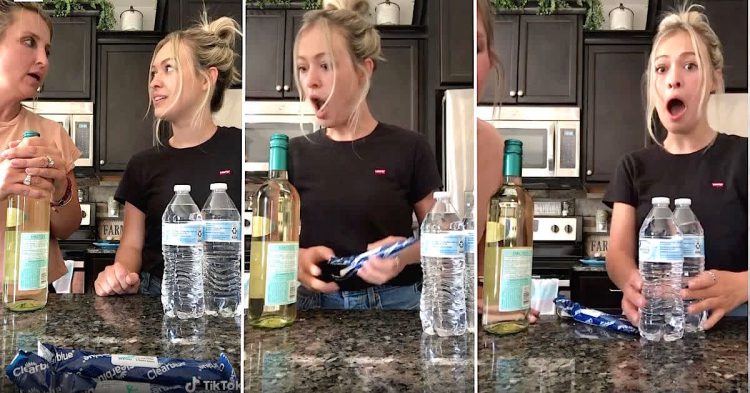 Rylee Wright has been spending a lot of time on TikTok during the pandemic. The 24-year-old documents her life for viewers on the Chinese-created social media platform. Because she wants to be TikTok famous like many other people on the app, she takes video clips from her life and uploads them for the world to see. But one video clip stood out from the rest of her content because it shared a family secret that no one saw coming.

Rylee shares all the details of her life with her mother. Back in July 2020, she told her mom that her period was late. Although she vowed that she was not pregnant, her mom wanted her to be absolutely sure. Mom decided to challenge Rylee to take a pregnancy test with her. The pair were going to take the test at the same time so Rylee would have some fun content to upload to social media. But the test results ended up being something totally unexpected. 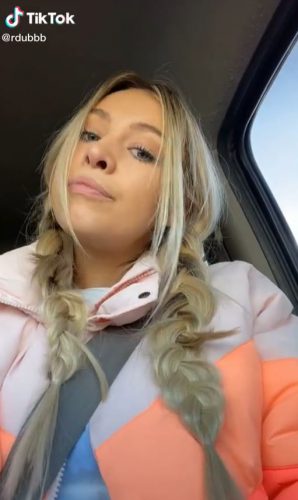 As it turned out, Rylee’s mom was also late for her period. The pair figured that it would be a good time to confirm that they were both not pregnant and be able to do the act together – as mom and daughter.

“This is great, let’s video it,” they thought, according to Little Things. “It’s gonna be both negative, obviously, and then we will celebrate with some wine afterward.”

The pair had a bottle of white wine ready, so they could knock back a drink after they both received their negative pregnancy test results.

When the video begins, the pair have already taken their pregnancy tests. Now, they just have to wait for the results to appear on the sticks.

First, Riley’s results arrive. She learns that she is negative and is not pregnant. This was not a surprise to her because she was either practicing safe sex or not have sex at all. It was in the middle of the pandemic, after all.

Her mother has another thing coming…

“Whatever,” Rylee replies. She cannot believe that her mother has gotten pregnant during the pandemic like so many other people. Because Rylee’s mom has been stuck in the house with her husband – her sex partner – she has enjoyed unprotected sex at least one too many times and has gotten pregnant.

Rylee’s mom quickly realizes that the pregnancy test did not go the way she expected, so she rushed to stop the video before more of her emotion was caught on camera.

Nevertheless, this video offered a surprise to all viewers because people could empathize with Rylee’s mom for having an unexpected pregnancy.

What is your reaction to this woman’s pregnancy test result?