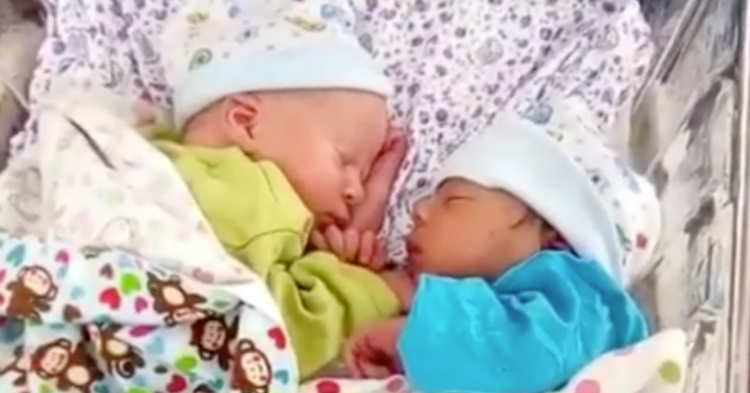 From the day their twins were born, Stacy and Babajide Omirin of Lagos, Nigeria, understand what it is like for people to look at their children and question whether their parentage. Even Stacy finds herself questioning the way things happened sometimes. Both Stacy and Babjide are Black, and so are their twin children. However, the twins’ big sister Demilade and twin Daniel both have dark skin like their parents, but baby David has light skin because he was born with albinism.

Although he has Black features, his skin tone and hair color lack melanin, which is the pigment that provides the color. At a glance, he seems out of place among his family members due to the difference in skin color. However, his parents treat their “golden child” the same as his twin brother and big sister.

Stacy, who works as a clothing designer, admits that people are in awe of the twins when they are out in public. However, many people question whether or not they are really related, let alone twin brothers.

“I have to answer questions all the time when we are out. People say, ‘excuse me, madam, which one of the kids is yours?’ I just say both of them are mine, and people look at me as if I am joking. But I was surprised too when they were born, even as their mum. When the doctor told me my kids are not identical, I didn’t know what to expect. But then I saw they had different color hair and skin, and I couldn’t believe it, so I’m not surprised other people are shocked too.” 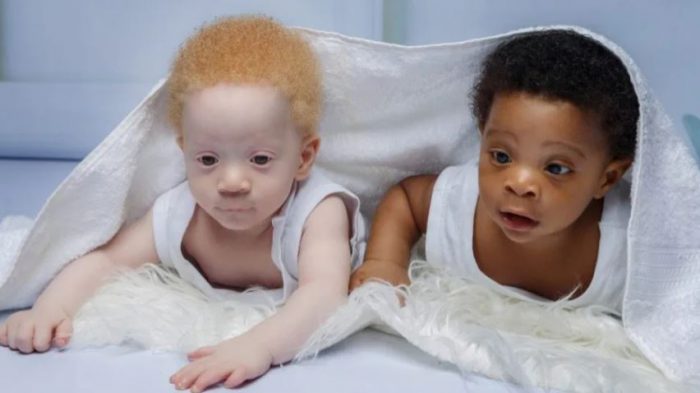 Because albinism is undetectable prior to birth, Stacy was as surprised as everyone to see David’s different coloring.

“It was a massive surprise,” she said. “Daniel came first, and then the nurse said the second baby has golden hair. I thought, how can this be possible. I looked down and saw David. He was completely white. I called my husband in so he could see what we had here. I didn’t understand. He couldn’t believe what he saw either. They are so adorable, and it felt like we had been given a miracle. In Nigeria, I have never seen a thing like this. To be honest, I have never seen anything like this before in twins. They do look like brothers, but their hair and skin are just completely different.” 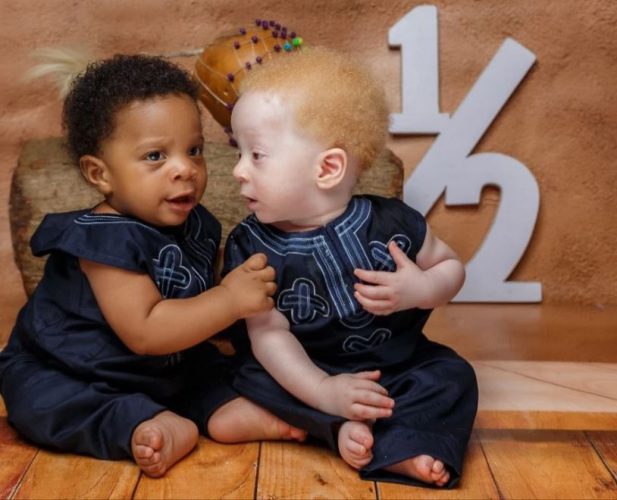 Cases of twins such as this are very rare. However, there were similar cases reported in the Netherlands and Mozambique.

From the first day until now, people are continuously mesmerized by the twin boys.

“The family think they are wonderful and they are very popular in our family. They are so beautiful and cute, and to all of us, they are adorable.” 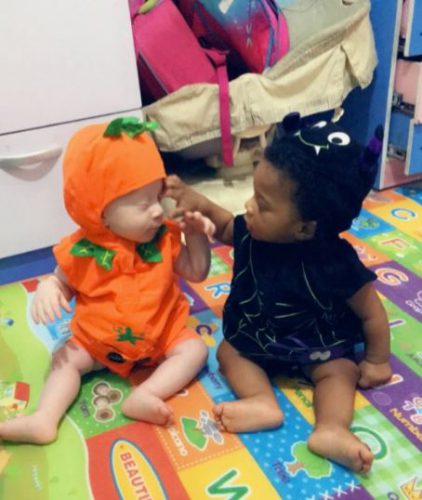 Although the family lives in Lagos, which is a massive city, the twins are treated like “local celebs” due to their uniqueness.

“A lot of people have never seen anything like it, and because of that, they are quite popular. If I go to the bank or the shop, everyone wants to say hi. I don’t blame them. They are beautiful and cute.”

What do you think about these miraculous twins?