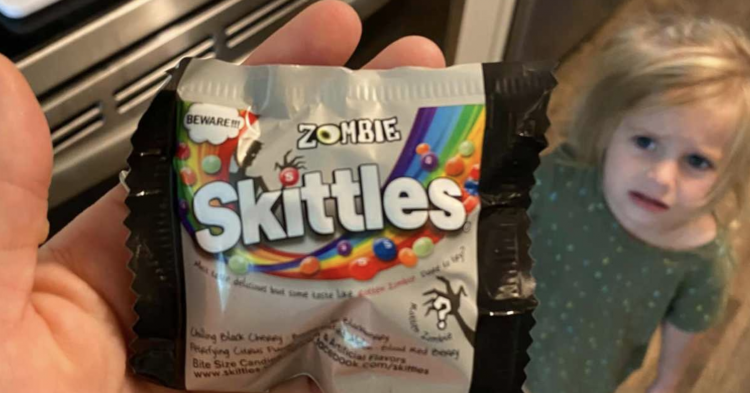 Being a mom is very hard. There isn’t a day that goes by when moms feel like they could have done something better. And now that parents are stuck at home with their kids while trying to hold down jobs during a pandemic, the job of a parent has gotten even tougher. As a mom of two young children, Emily Massingill knows just how tough it can be and wants you to know that you’re not doing as bad as you might think.

In a viral Facebook post, Massingill confessed to a mommy faux pas that she had committed repeatedly for the last month. Because the Texas mom needed a quick way to get her kids to behave, she was handing out Zombie Skittles at least once a day. The treat seemed to be doing the trick until mom took a closer look at the packaging and realized she’d been basically poisoning her little ones with a disgusting prank candy. 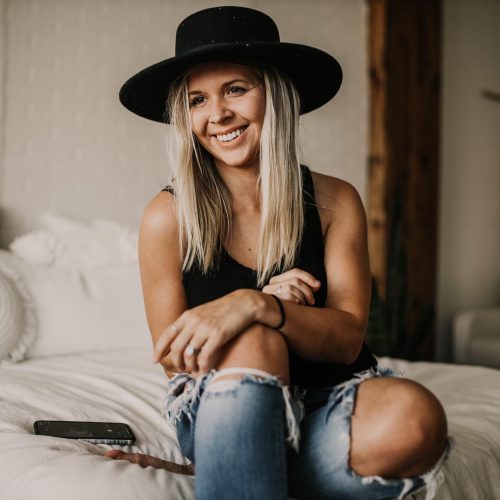 Nearly one hundred thousand people have engaged with Massingill’s post about feeding her unsuspecting children Zombie Skittles. In the post, she detailed what she had done and how she felt about it – and how other moms don’t need to feel so bad about doing similar things in their lives.

“If you’re feeling like a bad mom today, don’t worry – I fed these skittles to my kids for a solid month, not realizing there is one skittle in there that taste like rotting flesh or 54 dirty diapers in the garbage. They kept telling me they didn’t like the skittles, and I told them to either eat them, or they wouldn’t get any more candy ever again if they’re gonna be ungrateful. 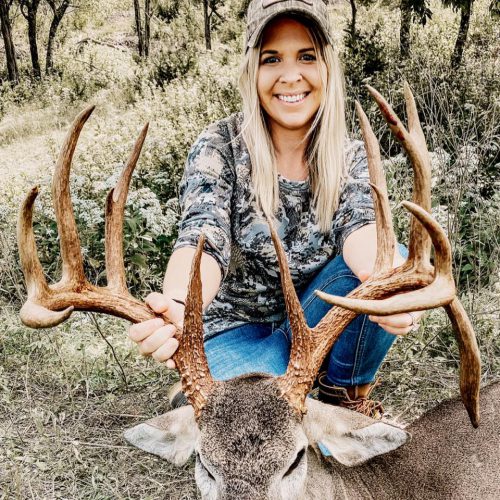 “Editing to add now this has blown up, which is insane to me: I don’t give my kids candy every day. But for a month, when they did get candy, this is what they got. They only went through about six-packs or so. Also, for all of you that say I’m a horrible parent and ruining my children’s lives, my Venmo is @emilymichellephotos if you wanna contribute to their therapy fund for later in life. They’ll need the best due to this incident, I assure you.

“Edit edit; “wHy WoUlD yOu MaKe YoUr KiDs EaT sOmEtHiNg tHeY dOnT LiKe?” It’s skittles, not horseradish. Sit down, listen to yourself. The ones I ate were fine, unfortunately for my kids.”

Many people came to Massingill’s defense after trolls bashed her. 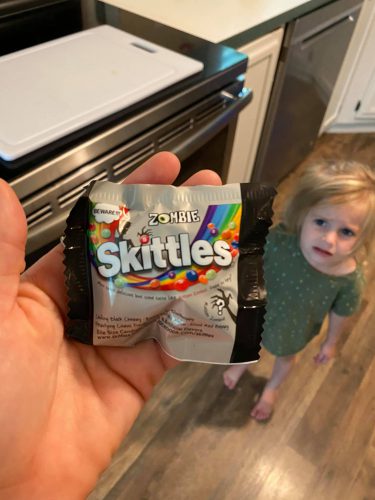 Others wanted to do this as a prank.

“This is hilarious. I just read the first line and was cracking up!!! I need those for my daughter!! Prank time.”

What do you think about this “mistake?”