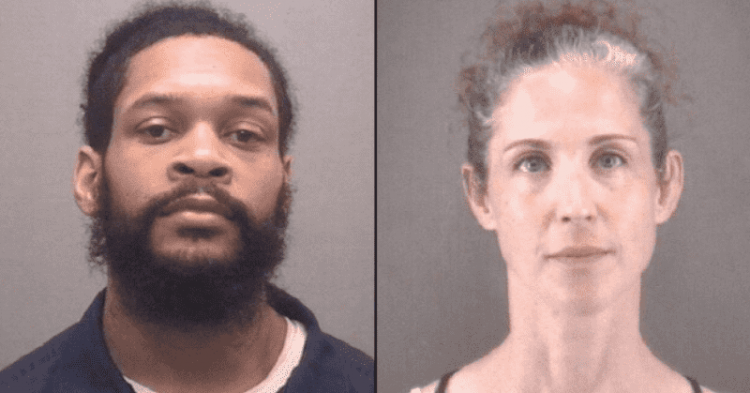 When Marcy Helms fell head over heels in love with 34-year-old Brandon Irving Helms, she knew that she would do o anything to make him happy. Although she had a daughter from a previous relationship, Marcy was eager to get both her new husband and her daughter on good terms. But when Brandon allegedly asked Marcy to let her 8-year-old daughter be his “concubine,” Marcy obliged Brandon’s twisted desire and let him rape her daughter repeatedly for nearly a decade until she became pregnant with his child.

The abused daughter gave birth to Brandon Helms’s child when she was fifteen-years-old. Now that she is seventeen, her father-in-law and mother are in jail for what they did to her. Brandon has been convicted of rape as well as several charges of aggravated sexual assault against a minor. Last November, he learned his fate in court and was handed down a life sentence from the Virginia judge presiding over the case.

Marcy allowed Brandon access to her daughter so the child could become his “concubine.” However, the man raped the little girl for nearly a decade from age eight until after she gave birth to his child at age fifteen.

At the time of the baby’s birth, the family was living in an abandoned home that had been slated for demolition. Because Marcy and Brandon understood that no one could learn about his child with his victim, the girl gave birth on the kitchen table.

Fortunately, someone in the vicinity called the authorities, so social worker Wannetta Jones went to the broken-down home at East 27th Street on May 8. The scene that Jones walked into will stick with her for the rest of her life. It was a nightmare that she’ll never be able to clear from her memory.

Pansy Glanton, the Assistant District Attorney, told the court, “Brandon Helms opened the door but refused to allow Jones into the house,” reported Journal Now. “He also denied that children were in the house. A standoff ensued, and Jones and her supervisor contacted Winston-Salem police officers to help Jones gain entry. Eventually, the owner of the house allowed police and Jones to enter the house, where they did not find any children but did see plenty of evidence that the house was unsuitable for children to live in…After several hours, Jones, Winston-Salem police, and Winston-Salem fire officials left the house. As Jones headed back to the office, the man who had called in the anonymous tip appeared at the end of a street. Jones and the man talked for a few minutes and exchanged contact information.”

Glanton added, “Several minutes later, as Jones was driving back to the office, the man called Jones and told her that he saw the children leaving the house and described the car. Jones contacted the police. An officer stopped the car. Brandon Helms was driving, his wife was in the passenger seat, and the then-15-year-old girl was in the back seat with her infant daughter. Another infant girl, Marcy Helms’ daughter, sat in a child’s seat. Police later found two other children who were hiding under the floorboards in the back seat.”

Brandon was found guilty on twenty charges connected to the rape and sexual assault of the underage victim. The mother, Marcy Lynn Helms, will also spend a long time in jail for allowing her husband to rape her daughter.