Mom Makes Son Do Pushups In A Public Bathroom After He Refused To Listen : AWM 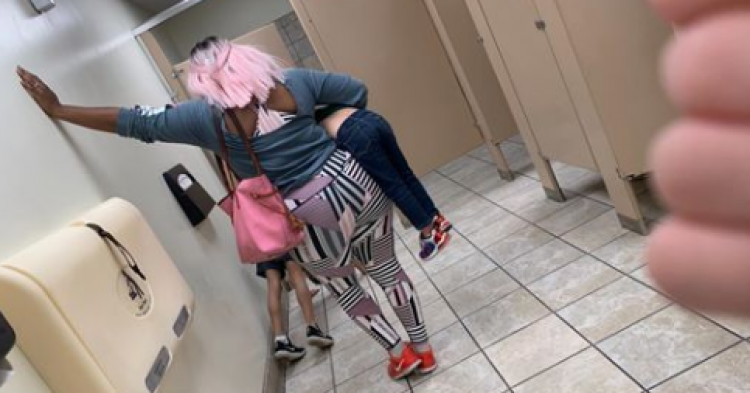 When a Texas mom got fed up with her misbehaving son, she decided to give him a punishment that would not only humiliate him but make him work. The parent, who is from Killeen, Texas, forced her bad boy to get on the bathroom floor of a store and do push-ups because he did not listen to her. Every parent wants their child to listen to them – but few parents have the bravado to force their children to do push-ups where feces and urine have been splattered.

Molly Wooden saw a Texas mom who cannot be messed with. Although her son often tries, she refuses to let the brat walk all over her. That’s why she forced the misbehaving bad boy to drop to the dirty bathroom floor of a craft store and do push-ups as punishment. Molly loved watching the other mom make her bad boy sweat after he disrespected her by not listening – and she was more than happy to share the humiliation of her son online for all to see. 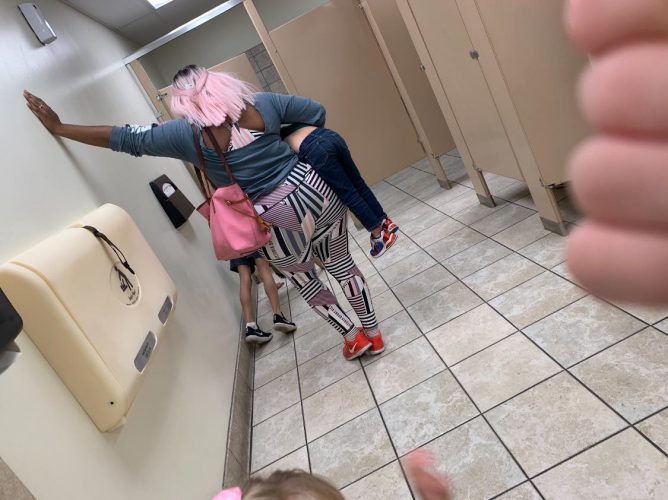 Molly observed another mom named Nicki Harper Quinn, disciplining her bratty 10-year-old son. Molly documented the humiliation for all to see – photographing the child while he was in the bathroom with his mother. Molly did not care if this was a violation of the mother’s or the son’s privacy – she was just glad to see a mother disciplining her boy Texas-style.

Molly shared an update on Facebook that declared: “To the woman in the Hobby Lobby bathroom. If my hands weren’t full of children, I would have applauded you. As your son gave you the back talk of the century, you stayed calm and collected while adding ten more push-ups to his already growing number. We need more parents like you, who aren’t afraid to parent their own children because of what someone else might think.”

Molly observed the bratty ten-year-old boy talking back to his mother and even shared what the boy said to the woman who had given him everything.

“Mama, this is the bathroom floor. Gross!”

But this complaint did not stop Nicki from further humiliating her son to get the point across that he could not abuse her in any way – especially by disrespecting her in public.

Although Molly was just watching the punishment unfold, she was the one who got her fifteen minutes of fame. CNN contacted her for an interview.

“Strong parenting is huge for me, but you rarely see it being implemented,” Molly said about the mother in the photo. “So when I finally saw it with my own two eyes, let alone in public, I felt strongly compelled to capture that moment!”

Although Molly was taking pictures of a mother and her son in the bathroom, she felt that she had the right to do it because she was so proud of what she was seeing. In Texas, parents are known for being lenient with their children, so Molly was so happy to see that there was at least one parent willing to take a stand against a bratty child.