Mom Notices Her Son Doesn’t Go Into School After Drop Off, Then Realizes Why 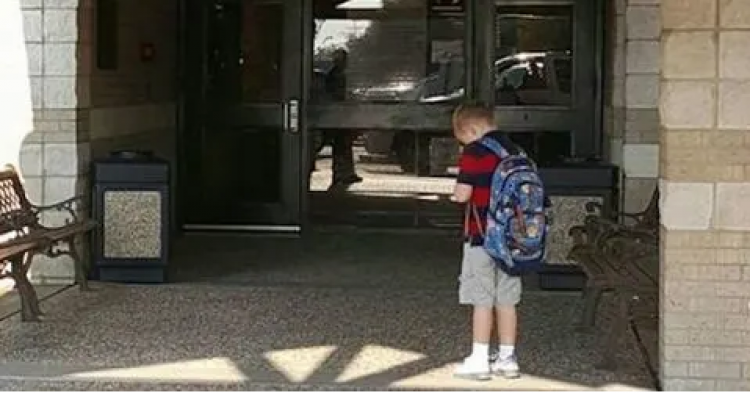 When a Texas mom dropped her son off at school, she noticed he did not immediately go into the educational institution. At first, she was confused. Her son always liked going to school, so she didn’t know why he was waiting a few moments before going into the building. Then it hit her, and she snapped a photo. In a Facebook post that has since gone viral with millions of views, the mom explained that her son was praying and reciting the Pledge of Allegiance by himself before he went into his kindergarten class.

The photo of Royce Thompson praying and reciting the Pledge went viral almost immediately. His mother, Heather Nelson, never expected the image of her son to be such a big hit on Facebook. In the post, she explained that she had to drop the boy off late at his kindergarten class in Santa Fe, Texas, so he had already missed the Pledge of Allegiance, but he didn’t want to miss out – so he figured he would recite it by himself. 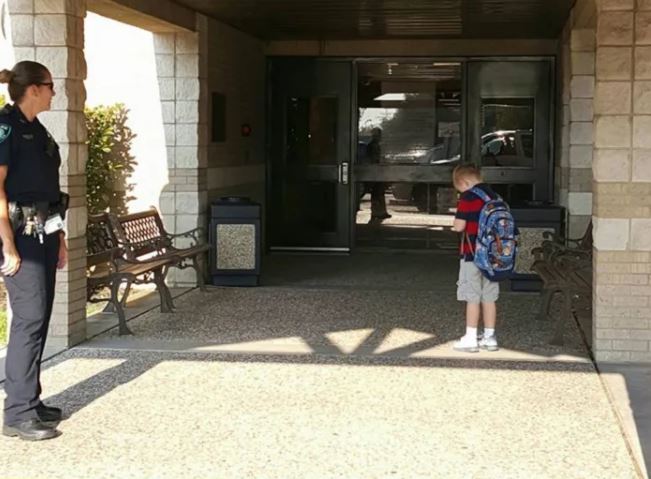 “I couldn’t really tell what he was doing, and I was saying ‘Royce… go… go’ as kids walked around him,” Nelson wrote on Facebook. “Well, he didn’t budge, and I thought, ‘what is this child doing?’”

Fortunately, a police officer with the school was able to figure out what the boy was doing. She walked over to Nelson to tell her that her son was praying and reciting the Pledge.

“I couldn’t believe that he acknowledged that that was a moment of, you know, you need to stop do the pledge, and he just did,” said Officer Cibby Moore, reports WJW. “He just ignored all the kids around him and kept doing it. And it was awesome.”

Because Royce was getting dropped off late that day, he heard the Pledge of Allegiance being broadcasted through the school’s PA system. Instead of missing it, he decided to make his pledge of allegiance to the United States of America by himself, even though no one had asked him to do it and no one expected him to do it. He was just a little boy who was late for his kindergarten class. 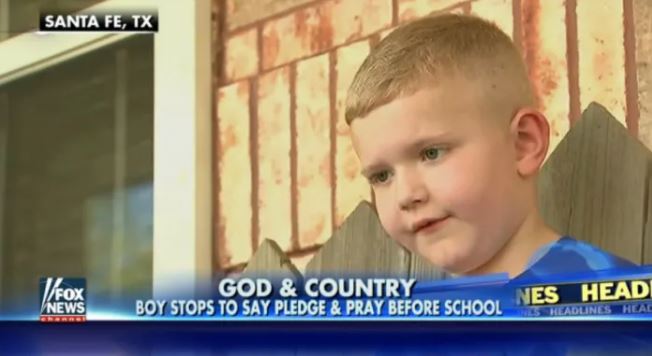 Royce had so much faith in God and love for the United States that he refused to go into class without praying and saying the Pledge. Now, he has become a viral sensation thanks to his mother, who posted the snapshot of him on Facebook for the world to see.

“Thank you, God. Thank you for giving me a wonderful day,” Royce prayed.

Nelson, who has raised her son to be a religious person, understands that schools do not have prayer in class. However, she was delighted to see her boy taking a moment to pray before going into his kindergarten class.

“Since they do not have prayer in schools, he says a little prayer silently, and that’s exactly what he was doing,” explained Nelson.

What do you think about this little boy’s dedication to the United States and God?